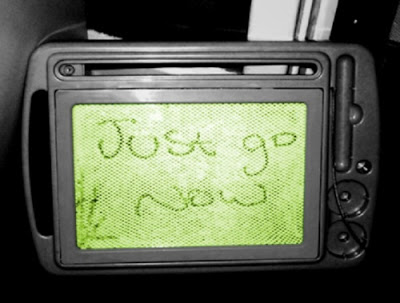 In the summer of 2005 in the town of South Shields a young couple and their child three years were terrorized by a poltergeist haunting their home. The real name of the couple has never been made public, but they are known under the fictitious names of Marc and Marianne.

The story of South Shields Poltergeist

It all started like most of poltergeist cases: the spirit piled chairs on top of each other, moving chest drawers and slamming doors. Unfortunately, however, it wasn’t too long before the ghost found something better to have fun with: playing with the child’s toys.

One night while the couple was in bed Marianne felt something hitting her in the neck. She turned on the light and saw that it was her son’s toydog.

She didn’t even have time to wonder how that could be done that the couple saw another toy flying through the air, trying to hit them. Marc and Marianne took shelter under the covers but soon heard something pulling them off.

Marc suddenly let out a scream of pain and Marianne saw 13 deep scratches on his back, which, strangely, disappeared the next morning.

Despite the spirit had shown it could cause physical harm to the people of the house, it seemed to decide to continue his psychological torture, continuing to move the toys. Once they found a rocking horse hanging from the ceiling byits own reins, while on another occasion there was a stuffed bunny in a chair on top of the stairs with a knife stuck in the legs.

The poltergeist also left threatening messages on the magnetic board of their son, as shown in the picture above. Sometimes even the child would disappear, to be later found in various strange parts of the house.

One of the strange ability of the spirit was to be able to send SMS and emails with threatening messages such as “You’re dead!” even though these messages could never be linked to any phone number or email address.

On another occasion the water tank in the bathroom was filled with blood that vanished a few moments later.

The end of the nightmare

After months of torment and threats the family called a team of investigators to put an end to their problem.

This seemed only to anger even more the poltergeist: it began to throw knives at the investigators and themselves saw a silhouette appear in front of their eyes.

The spirit destroyed the investigators’ instruments and began talking through their toys.

Eventually, after several visits by experts, the poltergeist was gone, leaving the family in peace.