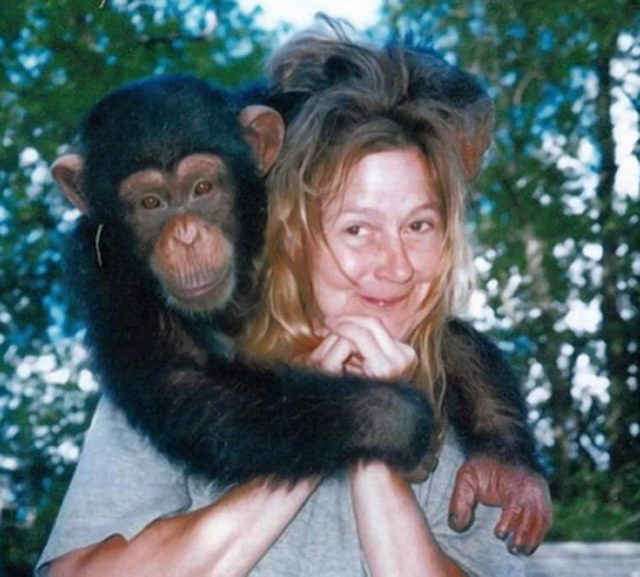 Travis was a chimpanzee involved in an attack on a woman, Charla Nash, who suffered serious injuries to her face, which was completely disfigured. 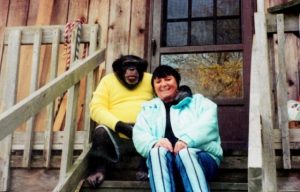 Travis was born on October 21, 1995 in the state of Missouri in what is now known as “the chimpanzee sanctuary of Missouri.” Sandra and Jerome Herold adopted Travis when he was only three days old.

From that moment they began to treat him as a family member.

Jerome had a company of trailers and Travis often accompanied him to work, sitting next to him on the truck with the seat belt fastened, and wearing a T-shirt. Travis also accompanied the couple to shops and was well known in the city.

The chimpanzee became famous by even taking part in some commercials for brands such as Coca-Cola.

Having grown up among humans, Travis was very sociable and many neighbors remember how he played with them and how he used to obey Jerome and Sandra.

Travis was very clever: he could open doors, use keys, get dresses, water the plants, feed the horses of Jerome and Sandra, eat at the table with the family.

He was also fond of ice cream, so much so to learn when the ice cream truck would come by. He could log on the computer to see photos, he watched television and used the remote control and brushed his teeth.

But perhaps his masters  exaggerated when considering him a family member, and perhaps thought that Travis was a person. They allowed him to drink wine, and on occasion they made him drive the car. As though he was sociable, his masters shouldn’t have forgotten that Travis was still a wild animal.

However after Jerome died of cancer in 2004 and after their son died in a car accident, Sandra saw Travis almost like a child, sleeping and bathing with him.

The attack against Charla Nash happened in 2009, but already in 2003 another minor accident had taken place. While Travis was in the car with Jerome, the car stopped at a traffic light, a passer by threw something that hit Jerome’s car. The window on Travis’side was slightly lowered and the object hit him, startling him. The chimpanzee then removed his seat belt and got out chasing the man who had thrown the object. Fortunately, however, he did not reach him.

Travis did not want to return to the car and the police was called. That incident led to the adoption of a law prohibiting, in Connecticut, to keep primates that weighed more than 22 kilos as a pet. Whoever was holding an exotic pet would have to apply for a permit.

However, the law was not applied on Travis owners, who weighed 91 kilos, because he had lived with them for many years, and because they did not think he could be a threat.

Unfortunately, this exception led to terrible consequences for Charla Nash.

On 16 February 2009 a friend of Sandra, Charla Nash aged 55, went to visit her. Travis knew Charla who had also worked in Jerome’s company, even if that day she had a different haircut.

At one point, Travis left the house with the car keys and the two women went out to retrieve them. When the chimpanzee saw Charla with one of his toys in her hand he attacked her fiercely, biting and scratching her face.

Sandra, who was then 70, tried to stop Travis before hitting him with a shovel and then stabbed him with a butcher knife.

In this regard Sandra said: “For me to do such a thing, plant a knife in his back, it was like stabbing myself.” She also said that, after being shot, Travis turned toward her as if to say,

Mom, what did you do? 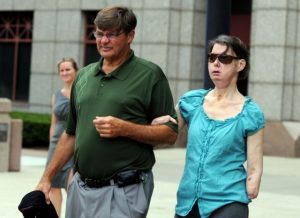 The chimp got even more angry and Sandra called 9-1-1 for help. Initially the operator thought it was a joke, but changed his mind when Sandra shouted “He is eating her!”. Rescuers arrived but waited for the arrival of the police before approaching the house. By the time police arrived Travis went to one of their cars, tried to open a door and then destroyed a wing mirror.

Then he went to the driver’s door and opened it and it was at this point that a police officer Frank Chiafari fired a few shots. Travis went into the house where he was found dead near his cage.

Charla’s wounds were described by doctors as “horrendous”. The woman underwent more than seven hours of surgery to the face and hands by four teams of surgeons.

Following the attack Charla lost her hands, nose, eyes, lips and bone structure of the face in addition to receiving brain trauma.

The doctors replaced her jaw but unfortunately Charla was blinded.

The woman’s family started a fundraising campaign to pay for the astronomical surgical expenses and Charla showed herself for the first time to the public during “The Oprah Winfrey Show” in November 2009.

In 2011 she was subjected to a face and hands transplant, but as a result of complications the hands were removed. 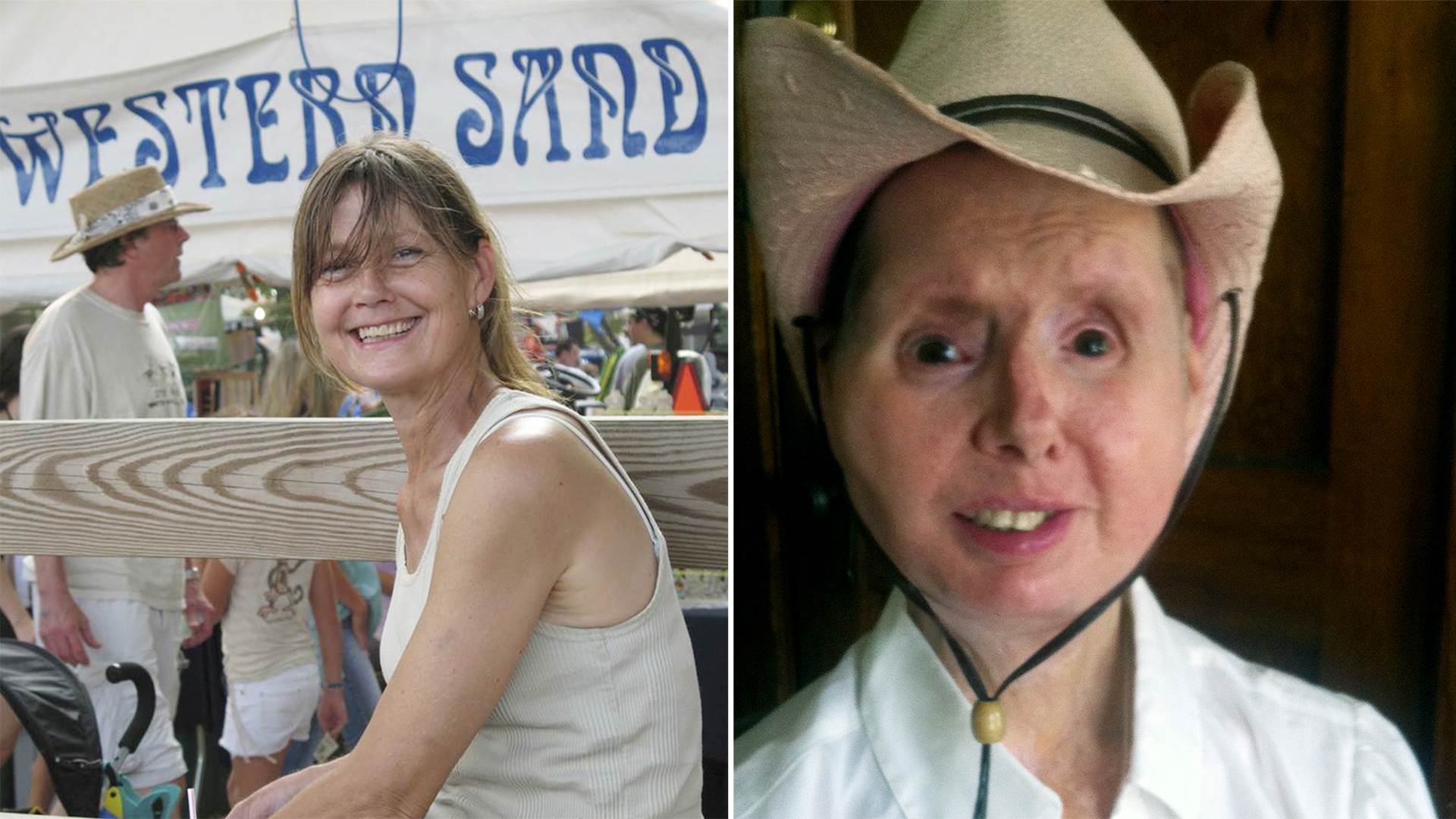 Travis’s body was examined, but he was not found infected with rabies.

However, in his organism it was found some Xanax, a tranquilizer, that Sandra had administered before the attack.

Xanax is used against anxiety and panic attacks, but some side effects may be disorientation and, rarely, hallucinations, aggression, anger and mania.

Charla denounced Sandra but she cannot be accused as “she did not know that the animal could be a risk” and because Charla had already interacted with Travis in the past. Also there had never been other cases of attacks on people by Travis, forgetting, apparently, the incident of 2003 and the law was not applied. 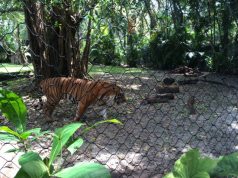 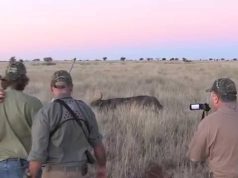