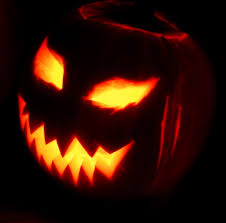 Halloween is approaching, and it has become a popular festival in many countries. How to celebrate it, apart from dressing up for fancy-dress parties and decorating the house? Obviously, with a nice bowl of popcorn in front of a good Halloween movie!

There really are so many choices on this topic, and in this post I want to give you some advice on what movies to watch during the night of the witches. It is not a ranking; I do not think a movie is better than another; this is just a list of movies that I liked and that I would like to recommend to all of you. Let’s start!

What are the movies to watch on Halloween?

Well, it seems only right to mention the film “Halloween” (1978) in which we see the creation of what will be one of the horror icons of all time: Michael Myers. Myers is a man who escapes from the mental hospital where he was hospitalized from the age of six after he killed his sister with a knife. This marks the beginning of a nightmare for Laurie, the main character, played by actress Jamie Lee Curtis.

“Oculus” (2013), a film underestimated in my opinion but to be seen for the originality of the plot: a brother and a sister reunite after many years to destroy a mirror which according to them is at the origin of their parents ‘s massacre

“The exorcist (1973) is a classic horror movie–a must see if you haven’t already done so. A woman is forced to deal with a demon that takes possession of her child and asks a Catholic priest for help. It is said to be one of the many haunted Hollywood films. Watch it at night with the lights out!

“The Exorcism of Emily Rose” (2005) here is another valuable film on the theme of exorcism: a lawyer is appointed to defend a priest accused of having killed a girl during an exorcism, in an attempt to free her from an evil force. Based on the true story of Anneliese Michel, with this film the thrill is guaranteed. I challenge you watch it alone at 2 am.

Halloween doesn’t necessary mean horror movies, so I would also recommend “Hocus Pocus” (1993) that has accompanied me during my childhood, every year in October. This Disney’s movie tells the story of a boy who,together with his sister and a friend, accidentally brings three dead witches back to life after 300 years. Together they must defeat them.

“Nightmare Before Christmas” (1993) by Tim Burton film, a classic must-see. In this animated film, the king of Halloween’s town, where throughout the year everyone make preparations for the holiday, enters another world where people spend the whole year in preparations for Christmas. Fascinated by this holiday, he returns to his town and tries to explain to its people what Christmas is. His mission, however, will turn out to be quite challenging.

“Corpse Bride” (2005): this masterpiece was too born from the genius of Tim Burton and tells the story of Victor, Victoria’s promised bridegroom, who before the wedding went to the woods to try and learn his wedding oath. After pronouncing it he puts the ring on a branch sticking out of the ground, which however, turns out to be the finger of a young bride poisoned by her future husband, and who will lead him into the realm of the dead

And you, what movies would you suggest for Halloween? Let us know in the comments below, and Happy Halloween! 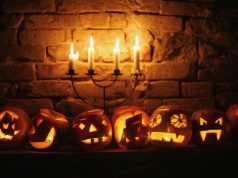 That’s why I decided to celebrate Halloween