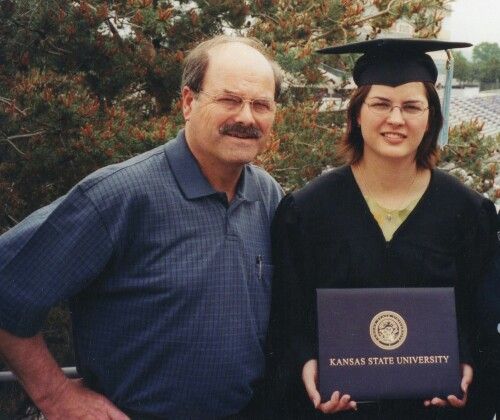 Everyone has, apart from some unfortunate exceptions, beautiful childhood memories with their dad.

Your dad raised you, helped you in difficult times, gave you good advice and taught you what is right and what is wrong.

But what happens when a cop comes to your house and announces you that your father is a serial killer? This is what happened to Kerri and Melissa, daughters of respectively the BTK killer and the killer of the smiley face. 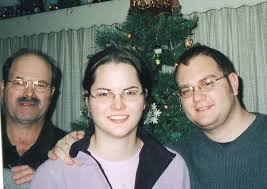 On 25th February 2005 Kerri is at home baking a chocolate cake. The aroma is lingering in the kitchen, but soon Kerri would forever associate that scent to a terrible memory.

The doorbell rings, and when she opens the door a man in his fifties introduces himself as an FBI agent.

Kerri lets him in and he asks her if she has heard of the BTK killer. Of course she has, he terrorized the area years before.

The agent then tells her a story that would leave her speechless:

her father is suspected of being the BTK killer and they ask her for a DNA sample from the inside of her cheek to have real proof.

Kerri gets mad at first, shouts that it is not possible and says that her father is innocent, but later on she does not seem so certain.

She clearly remembers that when she was six years old, in 1985, a neighbour had disappeared.

She was an elderly woman, slightly built who greeted her every time she went to church.

The night she disappeared she remembers that his father was not home.

Outside there was a storm, she was frightened and her mother had allowed her to sleep in her big bed with her. For this reason she knows for sure that her dad was out that night.

A few days later they found the old woman’s lifeless body in a ditch.

Other memories start to flow and doubts become stronger.

The day after the FBI agent’s visit to Kerri, the BTK killer is arrested.

It is Dannis Rader, Kerri’s father. After the confession he was arrested and, once in prison, he wondered why nobody from his family went to visit him.

I was a good man; I just did the wrong things

Kerri has taken many years to get to this point, but she has finally decided to forgive him. The road to forgiveness, however, is long and difficult. 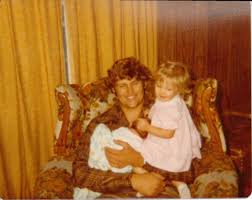 Melissa is the daughter of Keith Jesperson, the smiley face’s killer. She found out in 1995 when the mother called her and her two siblings to tell them that their father had been arrested for murder.

She could not believe it, her dad a murdered? But then, like Kerri, she begun to analyse all of her memories.

The last time she had seen his father she was 15 years old. Her parents were divorced, but that morning Keith had gone to get her children to have breakfast with them.

All three got into the van and, while her brother and sister asked to be dropped off in the centre because they had other commitments, Melissa went to have breakfast with her father.

When the brothers got out of the car, a roll of duct tape rolled out from under the seat.

Melissa thought that was strange, but then she thought that it was probably useful to her dad when traveling, during his long truck journeys to work.

They went to a bar and Melissa felt anxious. Her father told her that not everything is what it seems. Melissa asked explanations and, after a moment of silence, the father replied:

I have something to tell you and it’s very important.  I cannot tell you darling, if I told you, you would you go to the police. I’m not who you think I am.

Melissa felt sick, she went to the bathroom to wash her face and when she returned to the table conversation did not continue.

A few months later, her father was arrested and Melissa starts note signals in her childhood memories.

Like the time when she had found some kittens and was playing with them. Her father had hung them to the wire used to hang out the laundry and tormented them, while she screamed and begged him to put them down.

Later she found the kittens in the garden, dead.

Or when one day, when he was 13, he had taken her on a journey along the Columbia River. As they travelled he had said:

I know how to kill someone and get away with it

and then he had told her details such as what kind of shoes to use or how to cut the victim’s buttons in order not to leave fingerprints. Melissa had attributed the strange conversation to her father’s passion for detective novels.

Later she discovered that exactly in that area her father had left the body of one of his victim.

if her father had confessed everything to her, that morning at the bar, had he been able to kill her?