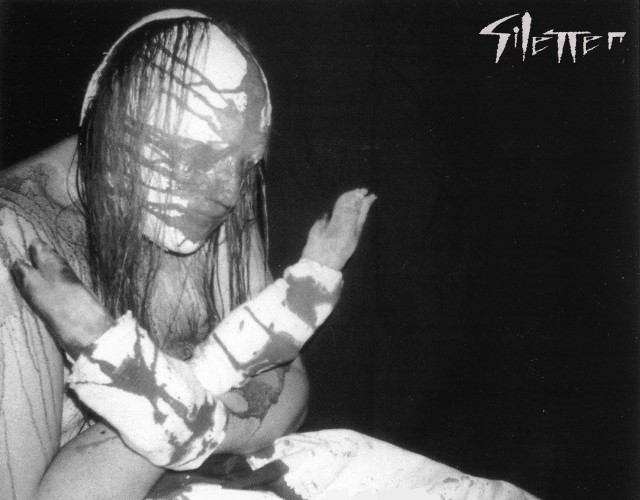 Nattramn is the stage name of singer Mikael Nilsson, from the Swedish band “Silencer”. Around this character there are a lot of rumors, but their accuracy and veracity has never been proven.

It is said that Nattramn, during a recording, cut off his hands and saw pork stumps to his limbs to replace them.

This rumor was triggered by the picture you see above. However, in the same picture you can also clearly see his hands under the bandages. So it’s much more likely that this photo was an ad stunt then exploited by the web.

Subsequently Nattramn allegedly attack a five-year-old child, hitting her in the head with an ax. Another version involves two girls instead of one, both attacked with an ax but both survived.

Following the attack, Nattramn would have been reached by the police but the singer, instead of running away, would have rushed toward the police, shouting:

The police is said to have distracted him with the aid of a Canine Unit and then hit him with a truncheon and arrested him. It is said that he was then locked up in a psychiatric hospital.

Other versions tell that the protagonist of the facts was in fact the brother of Nattram, Patrick, who would have suffered from schizophrenia and put in a psychiatric hospital.

The young man, however, according to the accounts, was able to escape and allegedly commit the crime on the two girls. He would have been found by the police that return him to the hospital. After a few days Patrik is said to have taken his life.

What I would say is that none of this ever happened nor to Nattramn nor to the elusive brother.

I simply believe that the web has embroidered a story around the photo with the pig limbs too much, creating an urban legend.

Those who have spread around these rumors have benefitted Nattramn who gained very good advertising.

As for the depressive metal singer, he is now a writer who has published recently, with his own paws, his first book “Grishjärta” which translated means “Heart of Pig”.