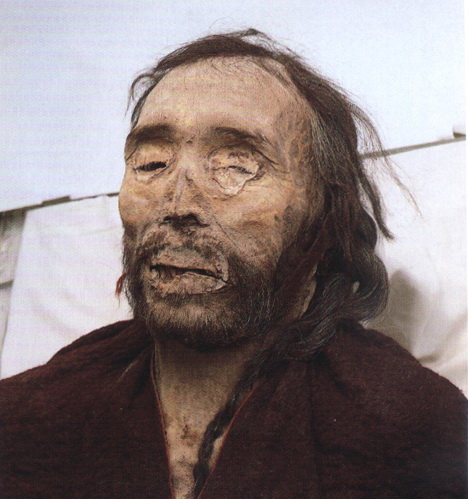 The mummy of this little girl was found near the volcano Lullaillaco, in Argentina, along with the mummies of two children.

It dates back to about 500 years ago and studies revealed that she was drugged with coca leaves and alcohol and thus died in her sleep.

The land is particularly dry and cold climate have allowed an amazing preservation of the bodies, which seem to be asleep, and of the clothes. The mummy has been dubbed “la doncella”, meaning the maiden.

The Cherchen man is the name given to a mummy found in 1985 in China.

The man, found in the Taklamakan desert, would seem to have Caucasian features and died 3,000 years ago.

In the same area a total of 113 mummies were found and this one in particular was buried with three women and a child. In the tomb the world’s oldest bottles, made with sheepskin, were also found. 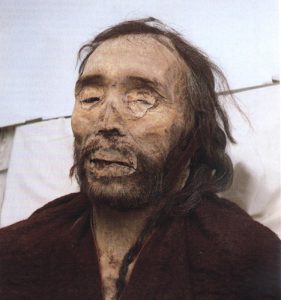 This mummy was found in China. The woman lived about 700 years ago during the Ming Dynasty. She belonged to a upper class, deduction made possible by her sumptuous clothes and jewelry.

She was found submerged in water and the scarcity of bacteria meant that she was very well preserved.

Although it was exactly the water that allowed the body to be so well maintained, it is thought that she was not immersed on purpose and that mummification had been random. 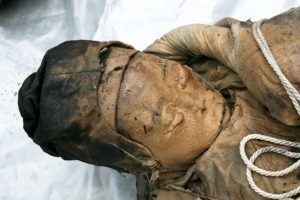 Well, looking at this mummy it doesn’t come across as very well preserved. But if I tell you that

things change. The skin is intact and tattoos are evenvisible. Otzi was found between Italy and Austria, and from the DNA analysis it was discovered that his genetic strain is no longer present in the world.

Two lion cubs were found in the Siberian permafrost. It is not the first time that prehistoric animals are found almost intact in permafrost, some time ago a mammoth was found.

The cubs were about two weeks old when they died and have the fur intact ,they even have whiskers.

According to the analysis they would have died more than 12,000 years ago and are not connected to modern lions. 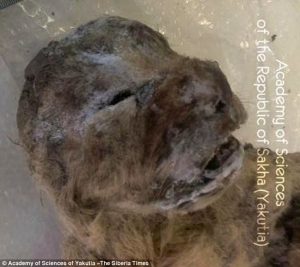