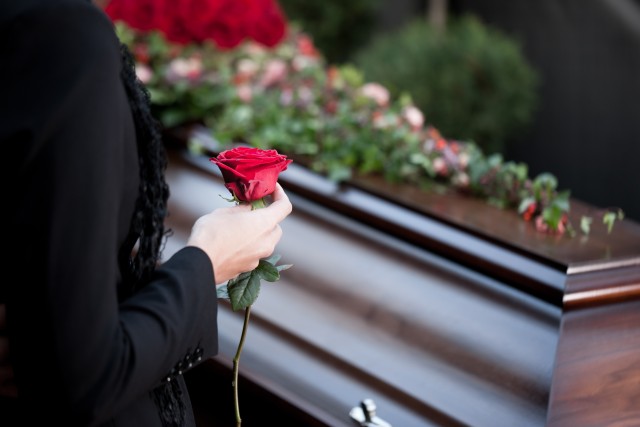 The photos are those of his funeral, where he is portrayed… sitting on a chair.

The deceased takes part in his own funeral

That’s right, the boy was embalmed and dressed in his everyday clothes, including his favorite hat.

Then he was sat in a chair, legs crossed, as if he were still alive.

But this is an isolated case. There is a funeral home in fact, the Martin Funeral Home, who for eight years has specialized in this service called “unconventional wakes.”

How the idea started

The idea was not invented by the company, but a boy who kept saying that had he died he would have wanted to attend his funeral “while standing”.

After the boy’s death, his mother asked the funeral home if it was possible to fulfil the wish of his son.

After studying the Puerto Rican law they found no impediment to her request and so carried out the woman’s wish.

Since then the Martin Funeral Home has created many unconventional wakes,

placing the dead in the poses of their favourite hobby: playing poker, dressed as boxers and even on a motorcycle.

Nevertheless, there are criticisms, but the director of the funeral home doesn’t give them any credit.

Everyone has the right to have their own ideas about it, but we do our job with great seriousness and respect. The wakes that we prepare are similar to the others and they are not jokes

I wonder if with the photos that have been around the world, this form of organizing funeralsmay also spread abroad?

Would you like to be embalmed and “participate” at your funeral, rather than have a traditional one?