Some time ago I came across a video of a young girl who was behaving like a dog. I was very impressed because she moved just like a dog, andwas barking too. Unfortunately the video didn’t explainanything nor said the girl’s name, then after some research I finally found her: Oxana Malaya, a Ukrainian girl.

I looked for information on manywebsites, where I always found the same story: Oxana was a little girl growing up in a poor family, with an alcoholic mother and an absent father and was often abused and sometimes even left for days tied in the garden with dogs.

That’s how she grew up acting like a dog, not a human being. Social workers later took her to an institution where she was, with difficulty, educated.

This in just an outline of the story you can find online. But then I found a documentary in which a journalist started from the few known elements to identify the girl.

The true story of the wolf girl

During this documentary you find out that Oxana is a girl who lived in the south of Ukraine. After tracing her name and old address, journalists interviewed her neighbors

who say they have never seen Oxana tied in the garden and even remember her as just a normal girl.

She went to kindergarten, and even there the teachers don’t remember any strange behavior from the child. Afterwards,she began elementary school, in a school where there were many dogs.

Oxana, who is a shy little girl, often looks after them and brings them food. She begins to isolate herself and stay with them more and more, until one day she begins to behave like them:

walking on all fours, barking, growling and trying to bite when felt threatened.

She kept doing do until adolescence, when she was brought to a structure to be re-educated. After much patience and loving care, Oxana began to live as a human being again. 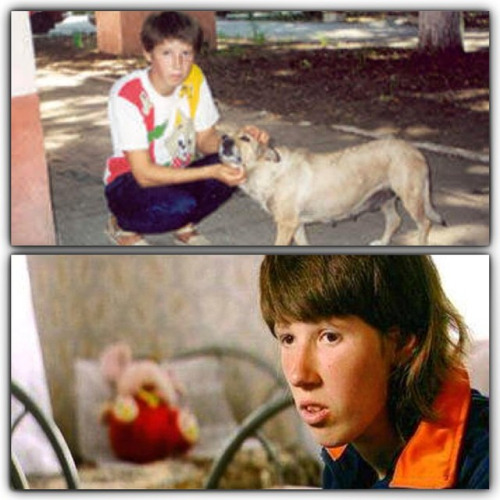 Then why the video I saw online does not show a child but a teenager of about 16 years of age?

In the documentary I saw the reason is explained. The story of Oxana became famous and a television crew visited the recovery facility to interview the wolf-girl.

The reporter asked her if she could behave like a dog, like when she was a child, to show it on television and Oxana accepted.

One of her teachers, however, said that the incident marked negatively Oxana, who from that day began again to behave like a dog.

More time was needed to educate her again, and she now lives in this structure, with other people, doing small jobs in the farm.

Interviewed, she said that now behaves like a human, but that when she’s nervous or angry, prefers to walk to on 4 feet to calm herself down.

Unfortunately I saw this documentary on television by accident and I can’t find it online. For now, I’ll add some short videos where you can see Oxana behave like a wolf, but I hope to soon post the full documentary.