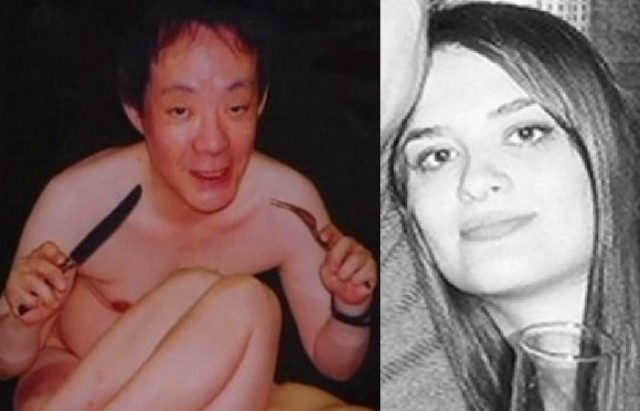 Issei Sagawa was a Japanese murderer, necrophiliac and cannibal. He is not a serial killer, because he killed just one girl, but the way he killed her and the end of his story is unbelievable.

Issei was born in Japan in 1949, his father was an important businessman while his mother was a classic dragon-mother (or tiger-mother): very possessive and demanding with Issei and his younger brother.

At the age of two he contracted Japanese encephalitis that would debilitate him and bring him very close to death.

After that his mother will force him to eat to make him regain his strength; Issei will survive but always have a frail constitution.

From an early age he remembered having cannibalistic fantasies which were then amplified during adolescence due to sexual development.

At school he couldnever talk to girls because of his strong insecurity, triggered by its low self-esteem, due to his health problems and physical appearance. In an interview he describes himself as a “little monkey”.

The incident of the student 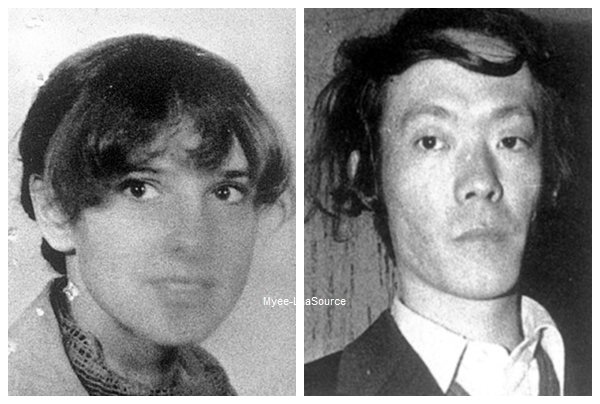 He was always attracted by Western women, whose pictures were everywhere in magazines of the time: one day he noticed that a young German student moved to his neighborhood.

He is immediately hooked on her and feels the uncontrollable desire to eat her flesh, particularly that of her buttocks.

He sneaks into her house through a window, wearing a Frankenstein’s rubber mask, and approaches her bed. Fortunately he does not pay much attention and the girl wakes up, screaming loudly.

Issei, thin and unable to overwhelm the girl, tries to escape but she takes him by the arm and calls the police.

Issei is accused of attempted rape, but his father pays a large sum to withdraw the complaint and the case is covered up.

The same year, to escape from his parents’ pressure and calm things down, he decides to go to study literature in Paris. Once in France he finds himself surrounded by his dream: Western women.

Nonetheless, his relationship with the opposite sex does not improve and he always tendsto stay on the side. In class, however, he meets Renée Hartevelt, a Dutch girl who tries to befriend him.

She even invites him to a classy dinner to help him integrate: he will always remember this as the best night of his life.

Issei falls in love with Renee and begins to have cannibalistic fantasies about her. Then he begins to plan her death and shortly after the dinner out,he sends her a letter in which tells he needs to deliver homework with recordings of poems in Dutch, and invites her to read them at his house.

She agrees, not knowing that that will be her last night. While Renee is sitting at the desk with the recorder turned on, Issei shoots her in the back with a rifle he bought a few days earlier, killing her.

Shortly after he removes a piece of buttock and eats it raw. Then he has sex with the corpse and dismembers it, removing about 7 kg of meat that will keep in the refrigerator.

Not having a freezer,he cuts the body into pieces and puts it into two suitcases, calls a taxi and goes to a park nearby, where he leaves the suitcases.

The discovery of the corpse and the arrest

Short time after a man notices the unusual containers, and sees a strange liquid coming out from them. He opens them, makes the terrible discovery and calls the police.

A manhunt starts immediatelyand the authorities invite citizens who may have seen anything suspicious to notify the police.

The taxi driver who accompanied him sees the news on television and remembers that Asian guy who, despite having two suitcases, was not taken to the station but to a park

Therefore he decides to call the police and tell everything. Fortunately, he still remembersIssei’s address, and the police goes there to investigate.

Issei confesses immediately, but seems neither frightened nor displeased. Indeed, it seems defiant and even saddened by the fact that if he had a freezer, he would never have been discovered.

In Issei’s house the police finds the gun; the recorder in which you can hear Renée reciting a poem, a gunshot and then a body falling to the ground; a camera with which Issei has immortalized the various stages of his cannibal acts.

Issei is arrested but declared insane and therefore not brought to trial. He’s then placed in a psychiatric institution: what happens next is unbelievable.

The father, as we said a very wealthy man, hires the best French lawyer, who also had contacts with the Government, grantingIssei’s safety.

His lawyer put pressure on the French, saying it was a shameful thing that the French had to pay Issei’s stay in a French structure, and it would be better to send him back to Japan, for him to be treated at Japanese expense.

And so it was. Issei returned to Japan where he stayed for about a year and a half in a psychiatric hospital and then was released. 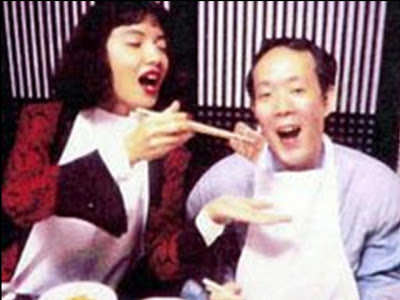 He is now living under a false name, though without any supervision, neither by doctors nor by the police. 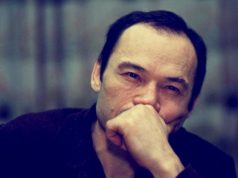