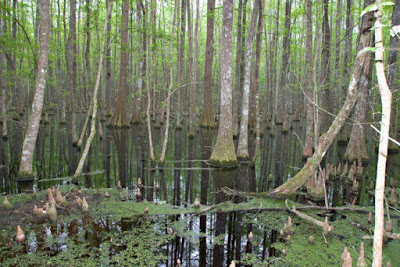 After the article about the mellified man, I could not help but talk about scaphism: an ancient Persian method of death sentence by torture.

This method was used by Persians and described by Greeks, the latter usually the recipients of such torture.

The victim was stripped, placed inside a canoe or a simple trunk hollowed tree, and tied tightly. However, arms, legs and head protruded from the boat. Then another canoe, or other dugout, was put on the victim’s body, leaving arms, legs and head in the open.

After that the victim was fed only with milk and honey in order to provide a strong diarrhea. More honey was then poured over his body, especially on face and genitals, to attract insects.

The victim was then left in a swamp where mosquitoes, flies, bees, wasps and other insects, attracted by the honey and the accumulated excrements, would begin to lay larvae in his body.

The insectswould bite and sting their victim, disrupting the normal blood circulation. This caused gangrene and excruciating pain to the victim.

In fact, this meant that the body would rot while the person was still alive.

The victim was fed, always with milk and honey, for several days to avoid dehydration. In this way death was delayed, making him suffer for longer.

When at last death would come, it was due to starvation, dehydration, or infections.

Some versions say that the bugs did not eat the victim’s flesh, but just sting and bite, nonetheless causing much pain.

In another version of this torture, rather than in a boat,

the person was placed inside the belly of a horse, leaving out the limbs and the head: in this way hewould have to endure the pains of a double decomposition.

To die by scaphism was Mithridates, an army soldier of the Persian king Artaxerxes II. Artaxerxes’ brother Cyrus decided to challenge him for the throne of Persia, which escalated into a civil war.

The army of Cyrus seemed to have victory at hand, but a soldier of Artaxerxes called Mithridates shot an arrow that went to stick straight in the head of Cyrus. Artaxerxes was delighted and gave Mithridates gifts and wealth, as long as he never revealed to have killed Cyrus. Artaxerxes wanted everyone to believe that it was him who killed his brother and won the battle. But one day, after being invited to a banquet by his sovereign,

Mithridates got drunk and told everyone the truth: how he was the one who killed Cyrus and not Artaxerxes. The king was angry, and condemned Mithridates to death byscaphism.

Plutarch described the torture, and witnessed Mithridates death, occurred seventy days after the start of execution.

If you are reading this article I’m sure you will find these interesting too: