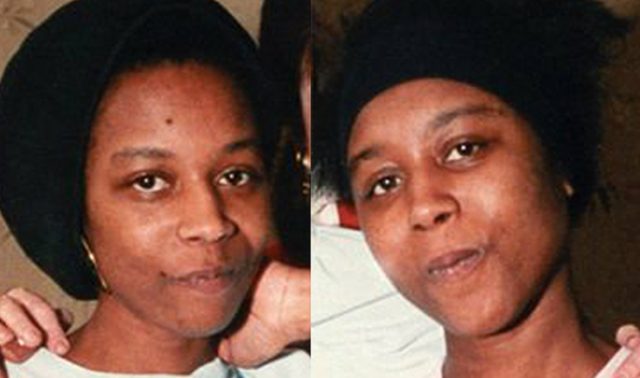 Monozygotic and heterozygotic twins. That’s how biology classifies human individuals born during the same delivery. A natural phenomenon as rare as extraordinary, able to fascinate and surprise the collective imagination. In particular, monozygotic twins are still today able to arouse a mixture of emotions: wonder, bewilderment. Two or more people are perfectly identical. And often, not only in the body. Twins, for these reasons, have been the subject of extensive scientific studies for many decades.

The story we are going to tell revolves around the enigmatic figures of two twin sisters. A controversial case, sometimes still blurred, indecipherable. A story that fully describes the symbiotic relationship between twins. A symbiosis that, indeed, can reach unlikely, pathological levels.

The protagonists of our story are called June and Jennifer Gibbons. They were born on April 11, 1963, in Aden, Yemen. His father, Aubrey Gibbons, is a technician with the Royal Air Force (RAF), the UK Air Force. His mother, Gloria, is a housewife.

Aubrey and Gloria are from Barbados, a Caribbean island. They are part of the so-called “Windrush Generation”, i.e. the generation of Afro-Caribbean inhabitants who emigrated from their territories of origin – which are part, as colonies, of the British Empire – to Great Britain. The term “Windrush” is due to the ship – the HMT Empire Windrush – thanks to which a first group of 802 Afro-Caribbean ships docked at the port of Tilbury, Essex, on June 22, 1948.

The ship left Australia and then docked in Kingston, Jamaica, and then near London. Among them, many soldiers eager to continue working in the RAF, citizens eager to visit the British “Motherland”, others hoping to find work and fortune in Britain. Like Aubrey Gibbons. In this way, a large number of people from the colonies of the Empire poured into British metropolitan territory.

His father, as an employee of the RAF, is transferred to Yemen. This is where June and Jennifer are born. Later, the Gibbons family moved back to London, then to Haverfordwest, Wales. It’s 1974.

June and Jennifer – a characteristic found in many twins – are inseparable. The symbiosis is total. They are used to speaking in bajan (contraction of “barbadian”), a Creole language typical of Barbados that is difficult to understand, however, in the United Kingdom.

The “transformation” of the Gibbons twins

Living as an immigrant in Britain at the time was anything but easy. Integration was difficult. Racism and bullying against the weakest social groups – immigrants from the colonies – are the order of the day, elements that deeply affect the psyche of the two girls. The sisters are increasingly isolated. Soon they developed their own language, incomprehensible to others: the medical term that defines this condition is idioglossia. This idioglossia, however, is often interpreted by doctors as cryptophysia, a secret language known only to those who use it. Idioglossia developed and manifested by the Gibbons sisters is the antechamber to even darker and darker psychological and evolutionary dynamics.

Even in games, the sisters express unique, if not disturbing, behavioural aspects. They play at mirroring themselves: June imitates Jennifer’s movements and actions and vice versa. Not only that: they even establish who should breathe first in the morning, when they wake up. If the breath hadn’t been heard, the other sister would have had to lie still, pretending to be dead. A macabre game, testifying to the alarming bond that exists between the Gibbons twins.

An isolation as progressive as it is unstoppable which, inevitably, negatively affects the school life of the two sisters. An isolation that, gradually, turns into authentic mutism. June and Jennifer refuse to read, write, interact with teachers and classmates, if not with their younger sister, Rose. In this case, it’s called selective scholastic mutism.

Bullying by schoolmates increases. They are soon mocked and called “Silent Twins”. Doctors, psychologists, psychiatric experts: the Gibbons twins find no peace. The epilogue, not definitive, is in any case clear and, in its own way, decisive and traumatic: the sisters end up being separated. 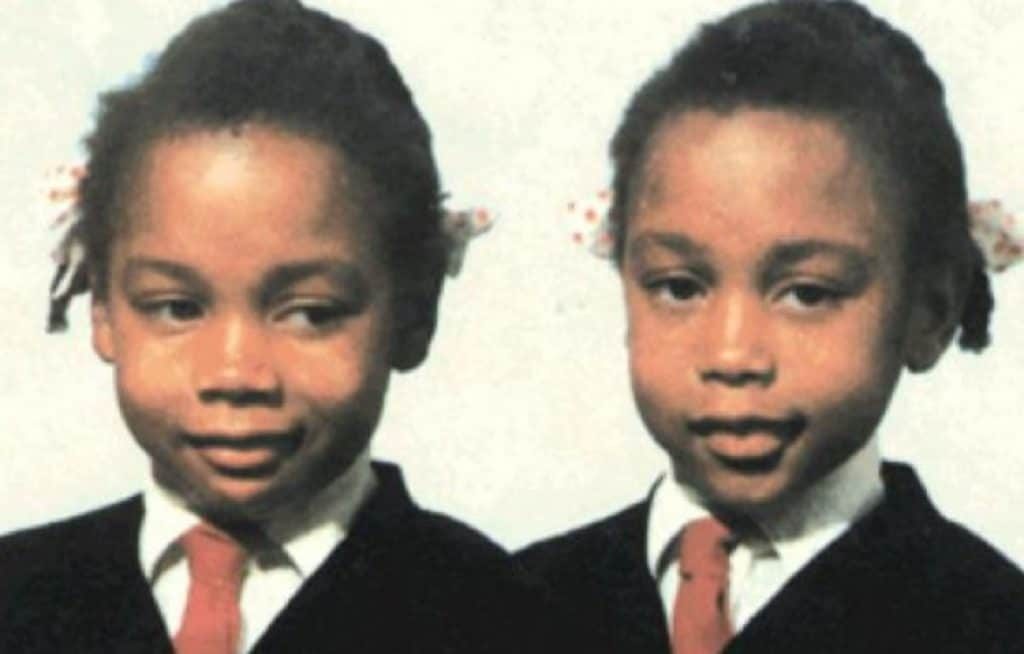 June and Jennifer have finally found themselves, and can give free rein to their passions: reading and writing. Passions that, however, they cultivate and manifest in the isolation of their rooms, at home, far from the rest of the world, of society.

Their world is made of silence, of glances and gestures that can be interpreted only and exclusively by June and Jennifer.

The story of “Pepsi-Cola Addicted“, written by June, revolves around a classic high school leader student seduced by a teacher: a story of itchy and vicious homosexuality that winds between school and reformatory.

Jennifer, for her part, composes “The Pugilist“, whose plot revolves around the events of a father who, hoping to save the life of his sick son, kills his dog in order to take the heart so as to transplant it to his son. In “Discomania“, Jennifer Gibbons tries another story with strong connotations: disco and violence. “Discomania” will be followed by “The Taxi-Driver’s Son“, a radio drama entitled “Postman and Postwoman” and other stories.

After a far from simple childhood, even adolescence will put June and Jennifer Gibbons to the test. Writing short stories and novels is not, in fact, a life boat for the twins. At the beginning of the ’80s, the sisters were completely in disarray, without points of reference and, by now, crushed by their own isolation.

June and Jennifer are held at Broadmoor Hospital for 11 years. Psychotropic drugs, shock therapies and further forced and supervised isolation dull the literary creativity of the two girls. The massive administration of psychotropic drugs also ignites – in Jennifer – tardive dyskinesia, a serious disease characterized by involuntary movements of the body (typical movements of the orofacial muscles).

The case of the Gibbons twins, at this point, captures the attention of the media and TV. June and Jennifer’s stories are widely dealt with by the journalist and writer of “The Sunday Times” Marjorie Shiona Wallace, founder of SANE, a charity that deals with mental health and psychological problems.

As mentioned on several occasions, the symbiosis between June and Jennifer is total. A close, strong, solid, indissoluble bond, sometimes unhealthy and disturbing.

Over the years, and thanks to various journalistic articles, shocking and distressing details emerge around the life of the Gibbons twins.

It seems that Jennifer has June in her hand, commanding her at will, as if she were a machine. Hence the symbiosis – also in the gestures, in the movements and in the most daily actions – total. The two girls always move together, slowly, inexpressively, apathetic. They are called “zombies” and Jennifer, in this sense, is considered “evil”, the cause of mutism, isolation and all the other problems that afflict, since childhood, the Gibbons twins.

June is dominated by Jennifer?

Jennifer, therefore, emerges as the dominant figure. June, on the contrary, the victim, the robot, a puppet moved by a silent and unsuspected puppeteer, her sister Jennifer. A mental conditioning that goes beyond the incredible. Truth or journalistic speculation?

Those same mixed-truth speculations that we find in the enigmatic death of Jennifer Gibbons.

In March 1993, June and Jennifer were transferred to the Caswell Clinic in Bridgend, Wales. Upon arrival at the new clinic, Jennifer is dying. She was taken to the hospital but, according to an unofficial diagnosis, she died of acute myocarditis.

The official version speaks of acute myocarditis, an infection that particularly affects young adults. There is, however, an alternative version of the facts.

In the days leading up to her move to the Caswell Clinic, Jennifer is showing signs of suffering, not only physical but also psychological.

The shadow then emerges of a strange agreement made by the two sisters: at the death of one of them, the other should have started to talk and to live, more generally, a normal life.

Truth or, once again, journalistic speculation? Is June, the day after the death of her sister – on March 9, 1993, at the age of 29 – to invent and feed the story of the secret pact between the two twins? June, in this regard, speaks explicitly of “liberation”.

Marjorie Shiona Wallace reports a phrase that June would have said to her in person during a meeting that took place a few days after Jennifer’s death: “I’m free at last, liberated, and at last Jennifer has given up her life for me”.

Is this statement the proof of the pact, the smoking gun that reveals – in a definitive and proclaimed way – the macabre agreement between the two twin sisters?

If what emerged from the press inquiries, testimonies and statements of June itself were all, really true, we would be in the presence of a genuine voluntary sacrifice.  Yes, but what would Jennifer have died of, then?

To sacrifice her life is Jennifer, described as a sort of “controller” of June, her most charismatic sister, the one who had full control of the twin symbiosis. Bizarre: how come the opposite didn’t happen?

June and Jennifer: the twins of mystery

Jennifer’s death produces, in part, the expected results of the alleged pact. June, in fact, embarks on a partially normal life, although the ghosts of an existence fraught with obstacles have never completely disappeared. The family, the parents, the media spotlight. The stories of June and Jennifer Gibbons will inspire TV programs, documentaries and even songs.

The story of June and Jennifer has nothing paranormal about it. But, in any case, it’s steeped in mystery. An unprecedented mystery, full of existential question marks that strike the still elusive sphere of the secrets of the human mind and the most hidden aspects of the psychology of two very special twin sisters.

It is probably impossible to fully understand the entire scenario of the events linked to the Gibbons twins. The truth about the “death pact” will remain shrouded in mists. Likewise, the real causes of Jennifer’s sudden death still have little to do with the undisclosed background and focus.

Journalistic inventions, illations, June’s publicity stunt or June’s own mental elaborations in absolute good faith, produced by the strong trauma caused by the death of her sister Jennifer?

Two twin sisters, a dominant figure, a “death pact”, the sacrifice of Jennifer, the liberation of June: elements that give these events colors and enigmatic colors worthy of a psychological horror. Impenetrable dynamics, impalpable, indefinite in the most intimate aspects.

Mysteries and cryptic silences: this is perhaps the true legacy of the “Silent Twins”.