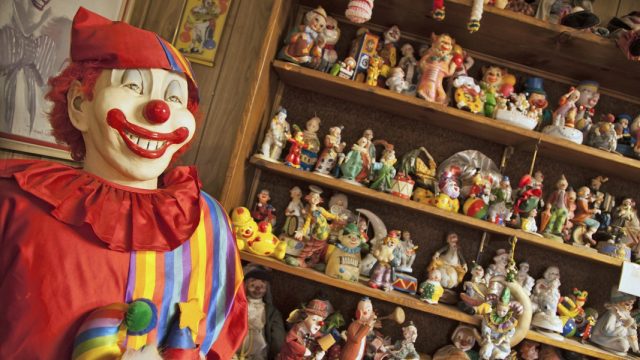 It almost looks like a horror movie scenario: a motel in the middle of the Nevada desert, next to a cemetery. But no, the Clown Motel really exists and if you suffer from coulrophobia, the fear of clowns, it will give you the shivers.

This motel is located in the city of Tonopah, Nevada, in the middle of nowhere and its main customers are bikers or truckers. Or, more generally, people who have to travel long distances and need a place to spend the night. If you dare!

The Clown Motel is really sinister, even for those who are not particularly afraid of clowns. But why is it so creepy?

First of all at the reception you are greeted by a whole shelf full of little clowns. There are really all sorts of them, from the most joyful to the most terrifying. As if that weren’t enough, every room is clown-themed. 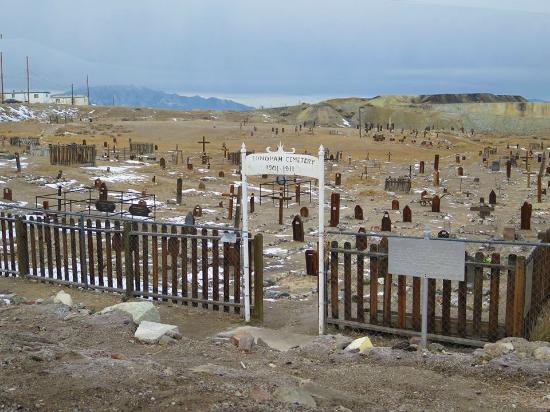 Tonopah is a small town with about 2,500 inhabitants. However, in the past it was a large mining town and housed more than 50,000 people. When the mines closed, however, many decided to leave.

In the area, however, remains the cemetery of the city which is now the place of eternal rest of hundreds of people who died from 1901 to 1911. The number of as many as 300 people who died of a mysterious disease in 1902 draws attention.

And it is right next to this abandoned cemetery where the souls of miners who died in accidents at work and citizens who died of a mysterious disease rest, that the founders of the Clown Motel had the brilliant idea of opening their own business.

Strangely enough, neither the Clown Motel nor the cemetery have the reputation of being haunted by ghosts, even though some hotel guests have told of some strange things during his stay in Tanopah. Of course, having a room with a view of the cemetery is not really the best. Unless you’re a real fan of the macabre.

If the cemetery and clowns don’t bother you, the Clown Motel is a great place to spend the night.