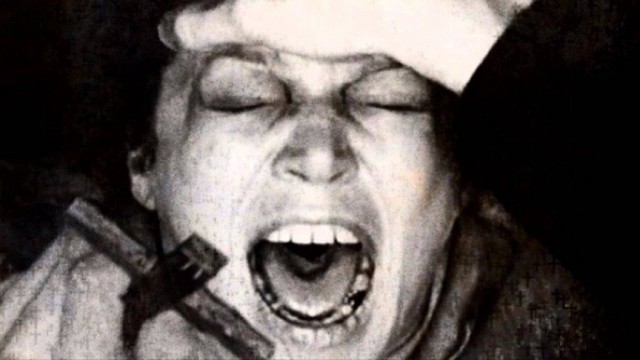 The case that I am about to talk to you about is that of a woman known by the pseudonym “Julia.” Thisevent was reported in 2008 by Dr. Richard E. Gallagher, a psychiatrist practicing in New York.

Julia is described by Dr. Gallagher as a middle-aged Caucasian woman living in the United States.  She herself turned to the Church, which then sent her to the psychiatrist.

She was convinced of being “attacked” in some way by a demon or Satan himself. The woman revealed that she had been involved with satanic groups for a long time despite being raised within the Catholic faith.

Although she no longer had faith, she had decided to turn to the Church for an exorcism.

After talking to the psychiatrist, he noted how the woman was not at all psychotic, on the contrary she revealed herself to be a reasonable and very smart woman.

Despite this Julia often felt into a state of trance, however this was in no way connected to any classical dissociative state known to psychiatry.

Trance was in fact usually accompanied by strange phenomena:

After coming out of this stateshe could not remember anything of what had happened.

Thanks to this detail, some psychiatrists formulated the hypothesis that this could actually be a case of personality disorder.

However, this hypothesis was rejected on the basis of other specific symptoms that I will mention later in the article.

Given the complexity of the case, Dr. Gallagher decided to expand its team of collaborators. This consisted of:

To help Julia these people often met in meetings. During the phone calls they had to organize such meetings, often a voice was heard trying to interrupt or interfere with the calls. It was the voice that Julia assumed in her state of trance, but the woman did not know of the meetings, nor was in the same place at the time. Also she could not know the phone numbers of all participants. Nevertheless, during these phone calls this strange voice happened to burst, sometimesjust a whisper sometimes in a very high pitched tone, saying things like:

“Leave her alone, you idiots! She is ours!”

“Go away, leave her alone!”

Julia, when questioned about it, always claimed she knew nothing, however many people remember having heard this voice on different occasions.

What exactly were Julia’s strange behaviours?

As I said before, Julia showed other specific features in addition to the trance. When she was not in this altered state she demonstrated psychic abilities. Her presence was often associated with paranormal events.

Sometimes the objects around her began to levitate and fly around the room. Another peculiarity was that Julia knew facts that in no way she could have know or be aware of;

she could in fact provide information about relatives, family members, deceased ones and illnesses in the family of those collaborators.

The night before the doctor’s cats, usually very quiet, had begun to furiously attack each other at 2am.

Or again, one day she was able to mention where one of the priests was, describing in great detail the room in which he found himself, his clothing and his mental state. This was later all confirmed by the priest himself.

After all these studies, it was time to perform the exorcism she had request. 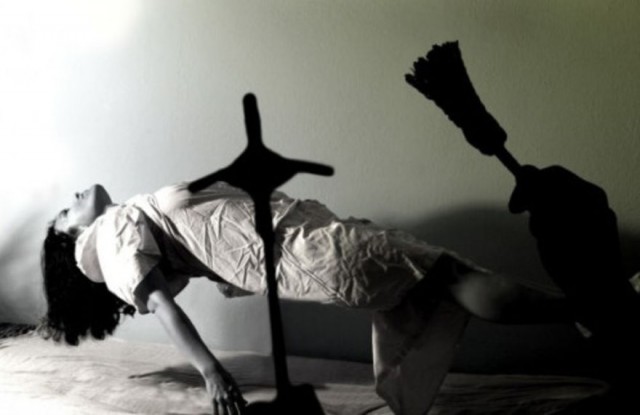 The exorcism began on a hot June day. Despite the weather, the room where the rite was to be performed was definitely cold. But when the voice inside Julia started to speak, the room became very hot.

At the beginning of the rite Julia entered into a state of peaceful trance. After various prayers recited by the priests who were present, however, she began to speak. Not once, but many voices came out ofher mouth, including strange noises and grunts impossible to replicate for a human being.

At one point one of the voices began to speak in various languages including Spanish and Latin, despite the fact that Juliaonly spoke English.

Needless to say the voices sounded angry, defiant and blasphemous.

Julia also began to show signs of extreme strength, so much so that two sisters and three volunteers were almost not enough in order to keep her still. Then she began to levitate above her bed, for a period of about thirty minutes.

The entities in Julia’s body could distinguish the holy water from the normal water.

It is not rare that plain water is used to bless the body, saying instead that what’s been used is holy water. In this way a lot of frauds can be discovered.

Two exorcism sessions were carried out, so far without any result. The sessions were then suspended by Julia’s request, sorely battered by the exorcisms, and we do not know when or if they will be carried out again.