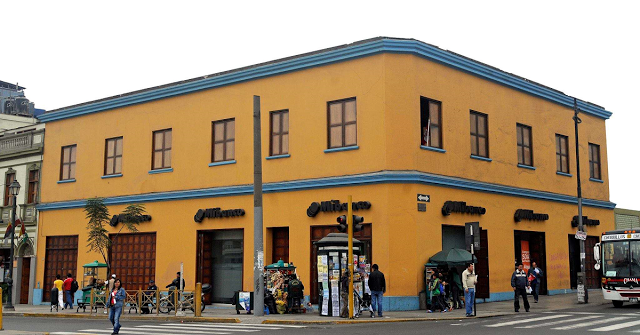 Matusita house is located in Lima, Peru, and many legends are linked to it. It is said to be one of the most haunted houses in the world and the most haunted of South America. Its peculiarity is that only the second floor of this house is said to be haunted, while the first floor is rented from shops. Currently there is a bank there.

The history of Matusita house

Everything is said to have started during the colonial era, when a woman arrived in Lima from the Old World. Nobody knew who she was, she knew nobody and people started to gossip about her to murmur. She was accused of witchcraft, brought to trial by the Inquisitorial and then burnt to death.

According to the legend, she was executed on the site where the house Matusita is now, and that on her deathbed she launched a curse that caused all the facts that I am about to tell you.

The first victims of the curse were members of a family who built the house many years later. The family was well known and well liked by everyone, but one day something changed. All members began to act strangely, more violent, especially the householder.

Shortly after moving in, the servants could no longer bear the mistreatment by their boss so they killed the whole family.

The servants were then taken to a psychiatric hospital, where they remained until their deaths.

The house then was abandoned for a long time until Mr Matsushida, a man of Japanese origin, and whose misspelled name inspired the name the house holds today, decided to move there.

He opened a store downstairs and went to live with his wife and children in the upper part of the house.

It is said that one day he found his wife in bed with another man and, mad with jealousy, he killed them both. Then he waited for his children to come back from school, killed them and then committed suicide.

And again the house remained empty.

A priest then offered to carry out an exorcism, but once inside he had to get out shortly after. He claimed to have heard screams and being attacked by various spirits. He died shortly after telling his story because of too much fear.

Another victim was a South American presenter, Humberto Vera Vilchez, who had said he could stay in the house for seven days without anything-strange happening to him.

It is said that he lasted only 4 hours before running away in panic. He was interned in a mental hospital and was never released. 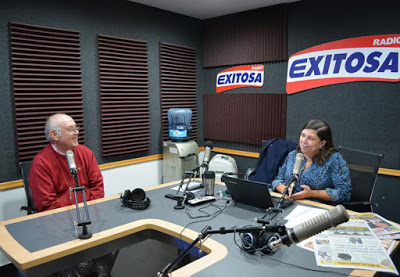 The assumptions are varied. Some say it was the curse of the witch to give rise to all this. Some say that the Matusita house is haunted by all those who died there.

There are also, however, those who say that these are all legends that have been invented to keep curious away. But away from what?

The building next to the Matusita house was previously where United States of America embassy was.

It is also strange that with all these deaths, there is not even a newspaper article mentioning it.

On the web I found an interview to the current owner of the Matusita house, Ladislao Thierry-tiry Andrade, who categorically denies the presence of spirits.

He says that the house was built in 1800 and that his grandfather bought it at the beginning of ‘900. His grandmother settled there permanently in 1947, after her husband died. Currently the first floor is rented out to shops while the second is used as storage. 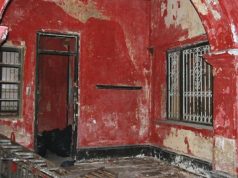