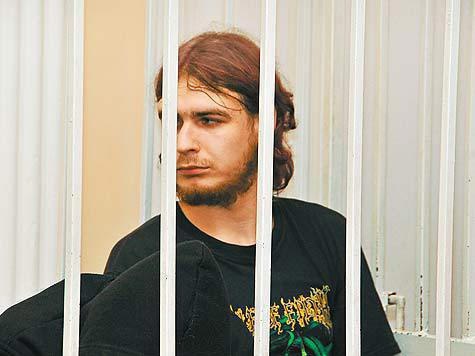 From church chorister to leader of a satanic sect that kills and cannibalizes the bodies of adolescents: this is the macabre story of Nikolai Ogolobyak.

The disappearance of the teenagers and the finding of their bodies

At the end of June 2008, 4 teenagers aged 15 to 17 from the Russian province of Yoroslav went missing. At first it was thought that the teens, Olga Pukhova, Varvara Kuzmin, Andrei Sorokin and Anna Gorokhova, went to the Tver region for the “Invasion” festival, but soon it turned out that things did not go that way. The investigation, however, will only begin on July 21.

The police searched without results, until on August 12th of the same year the bodies of the four teenagers, torn to pieces, were found. The remains of the kids are found in shallow graves in a wasteland of Yoroslav. As reported in the Russian newspaper Komsomolskaya Pravda, limbs and heads have been extracted, ribcages, hearts, scalps, breasts and mutilated genitalia.

The following day, a group of young people attending Yoroslav high school were arrested. They are between 17 and 19 years old, belong to welthy families and are part of a satanic sect.

After the arrest of the young people, the police discover that all the victims had called the house number of Nikolai Ogolobyak, leader of the sect and nicknamed “The Count”.

The remains of the victims were found only 250 meters from the house of Ogolobyak and one of the victims had a sheet of paper with the inscription “101 rules of the Satanist”. It is clear that the victims and executioners were in contact for a long time, before the slaughter.

The history of the sect

One of the suspects of the sect, Alexander Voronovich -nicknamed”The Raven”, “Hitler” and “The Ethiopian”- confessed to the agents that two years earlier he and some friends (Konstantin Baranov “Fang”, Chistyakov Alexei “Dead”, Ogolobyak Nikolai “The Count” and Makovkin Anton “Dr. Goth” had decided to go to a cemetery to drink alcohol. Once there, Ogolobyak had proposed to desecrate a recent grave. In turn, the boys then dug until they found the coffin, where a girl’s body rested. After exhuming the body, Ogolobyak opened the chest of the corpse, pulling out its heart. Makovin then ordered the body to be dismembered and disposed of.

This is how what the boys call “satanic sect” begins to form, but which in reality has nothing to do with spiritual satanism. It is in fact that acid satanism of which the chronicles are full.

The police remember well the finding of that corpse torn to pieces and whose torso had never been found, a crime, up to that point, without a culprit.

A year later, in 2007, the story repeats itself and the boys are arrested, but immediately released. This is the year Anton Makovkin joined the sect.

Before the massacre. Could it have been avoided?

On May 1, 2008, the sect crucifies a cat. The date is not random, but coincides with Walpurgis Night, an ancient pagan ritual that celebrates spring. Ritual that the boys consider Satanist, but which information is taken from the internet by Konstantin Baranov “Fang”.

From that day on, every weekend the sect meets at the Leontief Cemetery, one of the oldest in Yaroslav, to commit vandalism that the boys consider as offerings to Satan: they destroy monuments and tombs and place upside-down crosses. Again the boys are discovered, but released one more time. 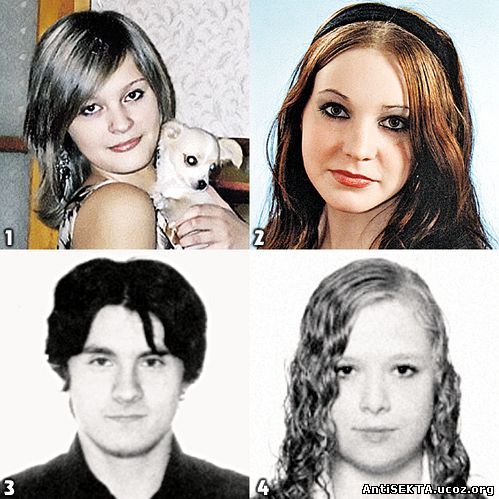 On the night of June 28, 2008, members of the sect gather at the house of Ogolobyak. He is alone because his mother is out of town. The meeting is due to an important event, the initiation into the sect of Ksenia Kuznetsova (nicknamed “Punishment”), Baranov’s girlfriend. The ritual requires the sacrifice of an animal, but just that evening two of the victims, Olga Pukhova, 15 years old, and Anna Gorokhova, 16 yars old, call Ogolobyak. They belong to the gothic and esoteric subculture and know the owner of the house. They ask if they can visit him and at this point Baranov has an idea: not make an animal sacrifice, but a human sacrifice. The two unwitting victims are drugged and then taken to a secluded place not far from the Donskoi cemetery.

While the victims are being stabbed -the press speaks of 666 slits per victim, the number of the beast- Baranov reads a Satanist prayer found on the internet and his girlfriend Ksenia is covered in the blood of the victims. For her, this is the official entry into the sect.

After having slaughtered the young people, the torturers dismember the bodies. They are scalped, they pull the heart out of one of the girl and they cut off the left breast of the other. These parts of the body are cooked on the fire and then partially eaten. The victims’ clothes and shoes are burned, while the remains are buried in two shallow tombs.

The ritual is complete.

After disposing of the bodies, the young people return to Ogolobyak’s house, where they will stay until the next day.

On the night of 29 June 2008, one day after the murders, two more people visit Nikolai Ogolobyak. They are sixteen-year-old Andrey Sorokin and Varvara Kuzmina. Sorokin knows everyone present and is a Satanist sympathizer. Kuzmina doesn’t like the sect and that’s why Sorokin takes her there: he wants to show her that his friends are perfectly normal.

Kuzmina continues not to feel sympathy for the sect and around midnight she calls a friend, to whom she says this: she doesn’t like the members of the sect. The scenario of the night before is repeated: the two teenagers are taken to the place of the previous murder and stabbed, then dismembered. A strip of skin is removed from Sorokin’s body, which will be used to make the binding of a satanic book.

After stealing money and cell phones from the victims, the remains are buried along with the remains of the other two victims.

The police will find parts of the bodies of the young victims not far from Ogolobyak’s house, marked by an upside-down cross on which a cat has been crucified. Investigators will also find the remains of a bonfire whose ashes include human hair. 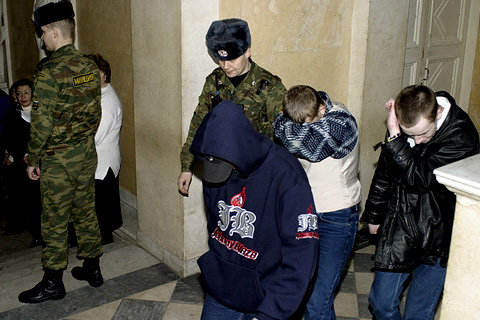 A few days after the bodies were found, the members of the sect were arrested. The boys confess immediately, even if some of them will retract later, asking for mental infirmity.

After the arrest, Anton Makovkin told the police:

“Satan will help me AVOID responsibility. I have made many sacrifices for him”.

Another member of the sect said instead that he had prayed to God, but that he had not obtained benefits. When he started praying to Satan, things got better.

In March 2011, Ksenia Kovaleva was released as she was diagnosed with terminal cancer.

Misfit youth, mental illnesses, improvised satanic rituals. 4 Russian teenagers died. A case that gives us the creeps and makes us think about the violence that, more and more often, spreads even among the very young.