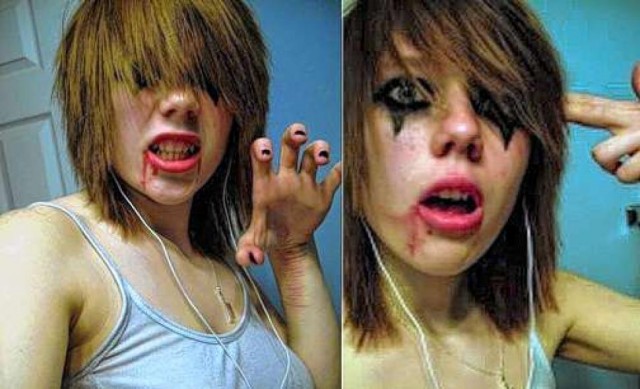 What did you usually do when you were 15? I personally read a lot, listened to music, and I was interested in mysteries. A normal girl with normal thoughts: school, friends, family, future.

Alyssa Bustamante, however, at 15 dreamed of killing someone. She was so curious to know what it felt like to kill a human being, that as soon as she had the chance she really did so.

Who is Alyssa Bustamante

Alyssa was a troubled teenager. Her mother, a woman with drug problems, had her when she was a teenager and that’s why she had entrusted to the care of her grandparents. Her father, however, ended up in jail a few years before the murder. The love and care of her grandparents was not enough to heal Alyssa’s wounds, and the child grew into a difficult adolescent. She got depression and started self-harm. After the first suicide attempt she was followed by a psychiatrist and she was prescribed antidepressant drugs.

But what did Alyssa do when she was not in school? She went out with friends trying to escape the depression and pain that haunted her every day and wrote in her diary.

One day, she confesses to a friend that she would like to know how it felt like to kill someone, but her friend did not know that Alyssa, in order to satisfy her curiosity,would kill a girl aged nine.

Alyssa, like every teenager,had various online accounts. On her Twitter profile she wrote messages of “addiction” and “terror”, and one in particular read:

All I want in life is a  reason to explain all this pain.

Before the murder she uploaded a video where she touches an electrified net, then she forces her two brothers to do the same. In the description of the video she announced: “Here it is where it gets interesting; my brothers get hurt.”

In the video we see how Alyssa takes pleasure in seeing the brothers suffer. Maybe she wanted to kill them, who knows? If it were so it would not be a coincidence that before the murder Alyssa had dug not one but two graves. Maybe she wanted to kill her two brothers, but saw the opportunity for the perfect murder when her nine-year-oldneighbour passed by her house. And she caught the chance immediately. 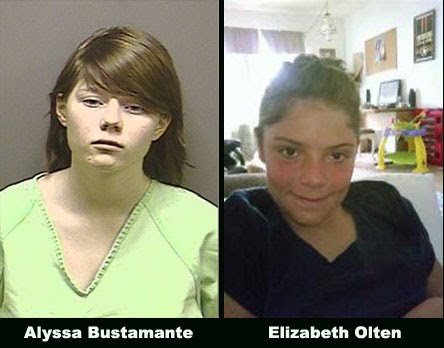 One afternoon Alyssa decided to dig two holes in a forest near her home. She wanted to find out what it felt like to kill someone and carried on with the task. Probably she wanted to kill her two brothers, but four days laterhavingdug two graves she was presented with a unique opportunity. Elizabeth Olten, herneighbourwho was only nine, was returning home after a visit to a girlfriend. We do not know all the details of the event, but Alyssa sawher and decided to kill her. She beat her, then stabbed her in the chest, strangled her, cut her throat and threw her in the shallow grave dug a few days before, which she later covered with leaves.

Then she went back home as if nothing had happened and wrote in her diary that she had finally killed someone. Once you go beyond that stage where you think: “oh my God I cannot do it”, it is a pleasant experience.

She completed her entry saying that she had to get ready for church.

It did not take long before Elizabeth’s parents got worried by their daughter’s absence. Elizabeth was afraid of the dark and she never left the house on her own. Forty-five minutes after her disappearance, her mother called the police. Various research teams were immediately put in motion along with many volunteer citizens who started looking for her.  They looked for little Elizabeth in every corner of the city, even in the area where her body was, but Alyssa had hidden it very well and rescuers didn’t find it.

Then something happened, people started to gossip and these rumours got to the police. A girl from the neighbourhoodseemed to be a possible suspect for the little girl’s disappearance. The police went to seeAlyssa, who confessed and showed the police where the body of little Elizabeth was.

Alyssa was arrested on charges of first-degree murder. Despite her 15 years of age,

The judge determined that she was to be tried as an adult.

In prison, awaiting trial, Alyssa continued to cut her arms, even with her nails.

The police also decided to put her under observation to avoid her taking her life. After several delays that had moved the start of the trial, in 2012 Alyssa pleaded guilty to second-degree murder, and for the first time in the courtroom she burst in tears at the sight of her grandparents. She said she was very sorry for what she had done, and kept staring at the floor while the judge read her sentence: life imprisonment.