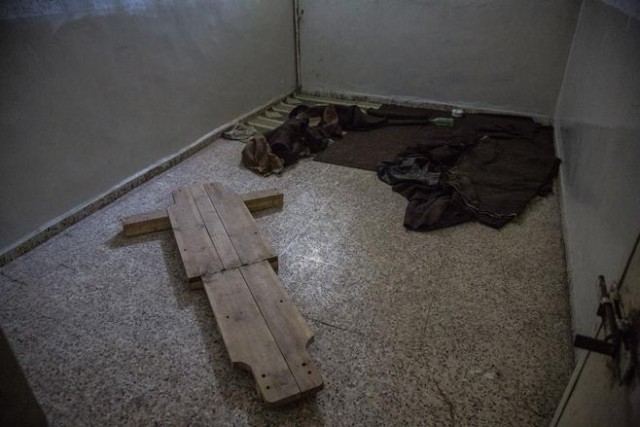 When you hear or read the word flying carpet everybody definitely thinks about stories of the Far East, as the one of Aladdin in “The Arabian nights”. Other people less fortunate than you and me however will associate this words with terrible memories.

The flying carpet is in fact also the name of a modern torture, used mainly in Syrian’s detention centers during the government of Bashar al-Assad

“The flying carpet” method of execution

The flying carpet is a simple wooden board to which the prisoner is tied while laying on his back. In this position, completely immobile and helpless, the victim is beaten by his captors and tortured with electric shocks, mainly applied in the most sensitive points:

The flying carpet is not fixed, but mobile and can be folded in half, bringing the two ends to join each other. When a prisoner is tied to the Bisat al-rih, often the two halves of the wooden board are folded inwards, bending the body of the victim in a V shape bringing the feet and head close together. This causes severe pain and serious injury, sometimes permanent, to the spine. Once in this position, the victims are beaten and tortured with electricity.

Here are some testimonials of prisoners subjected to torture of the flying carpet. 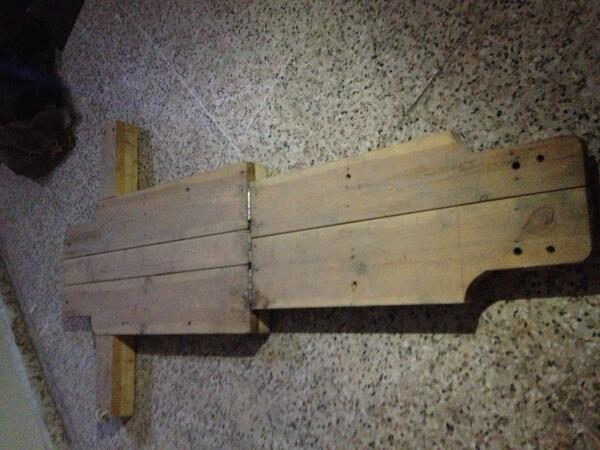 A 23-year-old man tells how he was tortured with Bisat al-rih. He was tied to a wooden board, in the supine position and completely naked.

Then electrodes were applied to his penis and he was subjected to electric shocks so painful that they made him pass out.

Once come back to his senses, he remembers how his body was completely blue due to the amount of bruising present in each centimeter of skin.

Another man tells of his experience with the flying carpet. He, too, was tied, naked and on his back, to a wooden board.

Then the table of the mechanism was undone and the two halves begun to fold, leaving the body of the prisoner in a “V” form.

This caused him severe pain in the lower back, and while he was in this position he was beaten for hours by his captors.

He remembers that there were three men taking turns to beat him. When the turn of a torturer was finished, he sat down at a table smoking and drinking tea until it was his turn again.