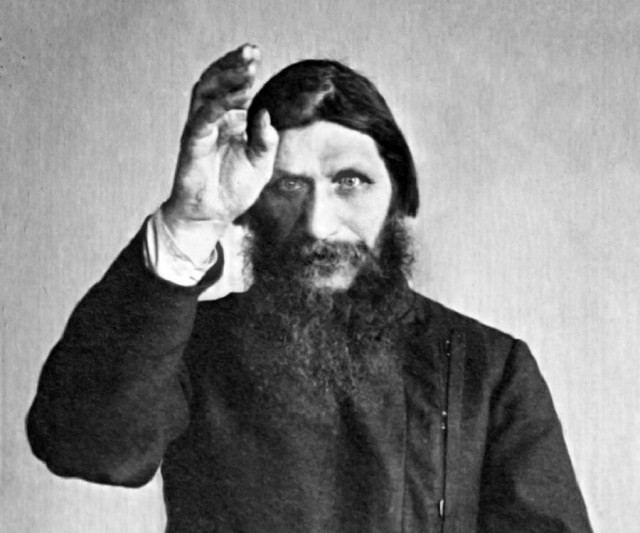 Grigory Efimovich Rasputin was born in 1869 in Pokrovskoe, Russia. He was a mystic and he is famous for being Tsar Nicholas II’s adviser.

Like all charismatic people, he had made enemies for himself and his history is often changed to make him look like an evil sorcerer. So was he a dark sorcerer or simply a charismatic person simply misunderstood?

Rasputin was born into a peasant family. He did not attend any school, as it was customary among the farmers of that era, and helped the family with the work. It is said to have always had a strong personality, as a child, but there is very little. At 18, he married and had five children, two of whom died in infancy.

Following the death of one of them, Rasputin left his native village and his family to live in a convent.

Near the monastery lived Makary, a hermit who had great influence on Rasputin, so that once back at home he had become very religious, giving up drinking alcohol or eating meat.

After the vision that he said to have had about the Madonna of Kazan, he was pushed more and more towards a religious and mystical life.

In this period he was often identified as a strannik, a religious pilgrim, and his reputation as a mystic and healer began to grow.

His skills grew so much that even highly placed and influential people resorted to asking him for help and guidance, until one day he was also called upon the Tsar.

The little Tsarevich, Alekseij, suffered from hemophilia and after all the court doctors declared to be unable to treat him, and thinking he was lost, the Empress decided to call this famous healer as their last resort.

After Rasputin visited Alekseij, the little boy began to get better and better.

Many say that the improvement was due to the interruption of treatment with aspirin, a widely used medicine at the time, as it thins the blood. Rasputin ordered not to continue with the care given by doctors and this probably saved the little tsar’s life. 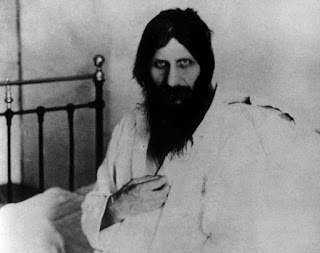 After this episode he was often invited to court, where he soon became the royal family counselor and also that of many Russian nobles.

Once, the police even sent a letter to the tsar in which they told about Rasputin ‘s night raids, but some dates given in the letters matched the ones the Russian mystic was at court and the Tsar did not take them into account.

With the outbreak of World War I the discontent in Russia grew. Rasputin, after being stabbed by a woman on the street, was hospitalized and could not exercise his charisma on the Tsar. However, he sent him telegrams in which he begged him not to go to war, but his advice was not heeded and Russia sided in favor of the Kingdom of Serbia.

The Tsar thought that the war would not last long, but he was wrong. After several months he took the decision, following Rasputin’s advice, to personally lead the army, leaving power in the hands of the Tsarina.

Many thought that this was one of Rasputin’s moves to plagiarize the Tsarina and, therefore, indirectly act as the ruler of Russia.

What you are reading, the article that I have written for you, is only a summary of Rasputin’s life.

If you really want to know all about Rasputin, you should read “Rasputin. The last word“ In this book, his history and the events that affected him are told in the form of the novel.

If you want something more specific, “The Rasputin file“ is the one for you. It tells the story of Rasputin based on official documents, police records and diaries.

Due tohis power, some well-known personalities decided to kill him. They invited him to one of their house, with the excuse of a party, and offered him poisoned pastries and wine.

Rasputin drank a lot, but the poison didn’t have any effect. They decided to act differently and they shot him on his side. Rasputin fell to the ground, but soon recovered and, taking advantage of his captors ‘distraction of, he was able to get out.

He had almost reached the exit gate when two shots hit him. He fell back to the ground;they got him and brought him back to the house where he was hit several times. Finally he was shot in the face and thrown into a river.

The next day his body was found: his coat was swollen with air, which prevented his body from sinking. An autopsy revealed something extraordinary: he had drowned.

So after being poisoned, hit by four shots, one of which in the forehead and got beaten, he had managed to remain alive.

It is said that during the autopsy his penis was removed and according to legend it measured about 30 centimeters.

It is also said that it was preserved, dry, by a noblewoman. Once she discovered this ghoulish detail, Rasputin’s daughter claimed his father’s relic, which she kept with her until her death.

I on the other hand think that he was just a religious and very charismatic man who believed in the power of prayer and meditation.