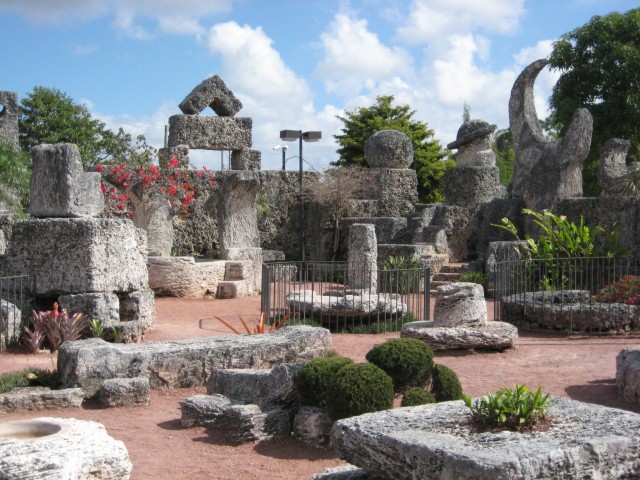 Coral Castle is a mystery that really fascinates me. It is a stone structure built by Edward Leedskalnin and is located in the United States. He allegedly built it entirely by himself and someone thinks he knew a great secret.

The Mystery of Coral Castle

It is said that Ed was left by his girlfriend the day before the wedding and that he built the castle to win her back.

He bought a piece of land in an isolated location and began to build his castle. After the urbanization of the area, however, he decided to move to another point 16 km away. He then spent several years transporting all the stone blocks already placed.

It took him 28 years to build Coral Castle as we know it today, until the day of his death. His original name, however, was Rock Gate Park because it is actually a park rather than a castle.

The Mystery of Coral Castle

The mystery lies in the fact that the park is formed by blocks of stone weighing several tons.  The largest one weighs 30 tons and Ed built it completely by himself, with simple tools. This little man, 5 foot by 101 lbs (152 cm by 46 kg), cut and transported monoliths and assembled them perfectly without the need for mortar. How could he do it?  He only worked at night because he didn’t want to be seen and when someone asked how he could do all this, he answered:

I have a very good understanding of how levers work and I have knowledge of magnetism.

The secret of the revolving door 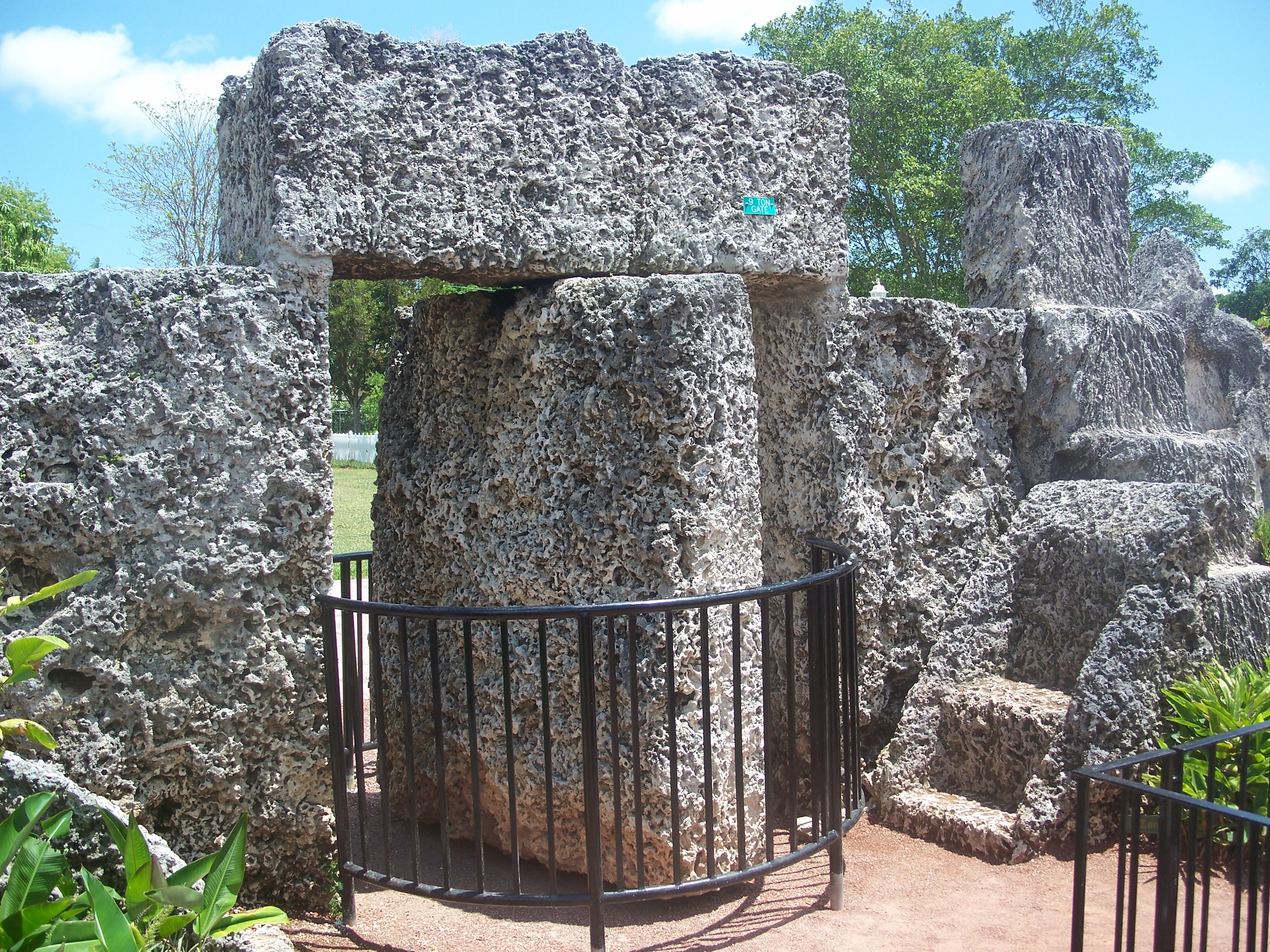 The most noteworthy construction of the park is a revolving door, consisting of a block of stone weighing 9 tons. The special feature is that it could be moved at the slight pressure of a finger.

The secret of this mechanism was discovered in 1981, when it stopped working. It was discovered that it was resting on a truck bearing on which was pivoting a metal bar inserted into the stone. It stopped working when the bearing got rusty. A team of engineers was called and tried to repair the mechanism with a crane.  Unfortunately, despite the expertise in the field, the door never functioned as it did before. Over the years, assumptions have been made about Ed’s knowledge of magnetism. It is also said that he used a perpetual motion machine, but there are still no certain answers.

If you want, you can visit Coral Castle which, after being sold at the death of Ed, it is now a museum.