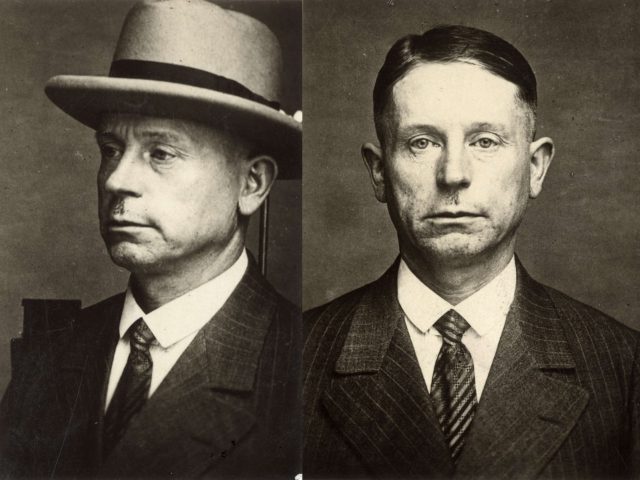 I must admit that I have often heard the name, but I had never studied its history.

After reading it, however, I am very struckby it and I decided to tell you about it.

His childhood was marked by violence and degradation

Like most serial killers, the Dusseldorf Monster, whose real name was Peter Kurten, was also marked by a violent childhood.

The eldest of 13 children, Peter lived in an apartment with one bedroom with his parents and siblings.

His father was a violent and alcoholic man who beat his children and wife and often raped the latter in front of the children. Unfortunately, however, he did not stop here, even raping his daughters.

It begins when Peter is a child when commits his first murder. He is located with two little friends playing on a raft in the Rhine river.

At one point one of the friends falls into the water and is in danger of drowning. The other child then plunges to his aid, but Peter takes him and holds him under water until he drowns, also condemning to death the boy who fell into the water.

The police consider the case an accident and do not make any investigation.

At 16, Peter runs away from home and lives by his wits, stealing food and clothing to survive. Peter will spend the next 24 years in and out of prison for theft and it’s just after one of his releases, in 1913, that he will kill again.

The move to Dusseldorf

After being released in 1913, he returns to the streets to steal. He enters a boarding house where he inspects the different rooms looking for something of value.

He does not find anything interesting, but in one of the rooms he sees a 10 year old girl, Christine, sleeping on the bed. Peter attacks her, strangling her until she lost consciousness. Then he cuts her throat and escapes.

It will not be discovered, rather, it will be Christine’s uncle who the night before had had an argument with her father who is charged. He will be later released, judged innocent because of the lack of evidence.

The following year Peter was recruited into the army, but deserted a few days later. He is captured and put in prison until 1921. Then will go to live with his sister in the town of Altenburg.

There he will meet his future wife, a former prostitute. They married in 1925 and moved to Dusseldorf in search of work.

The bloody trail of the monster of Dusseldorf 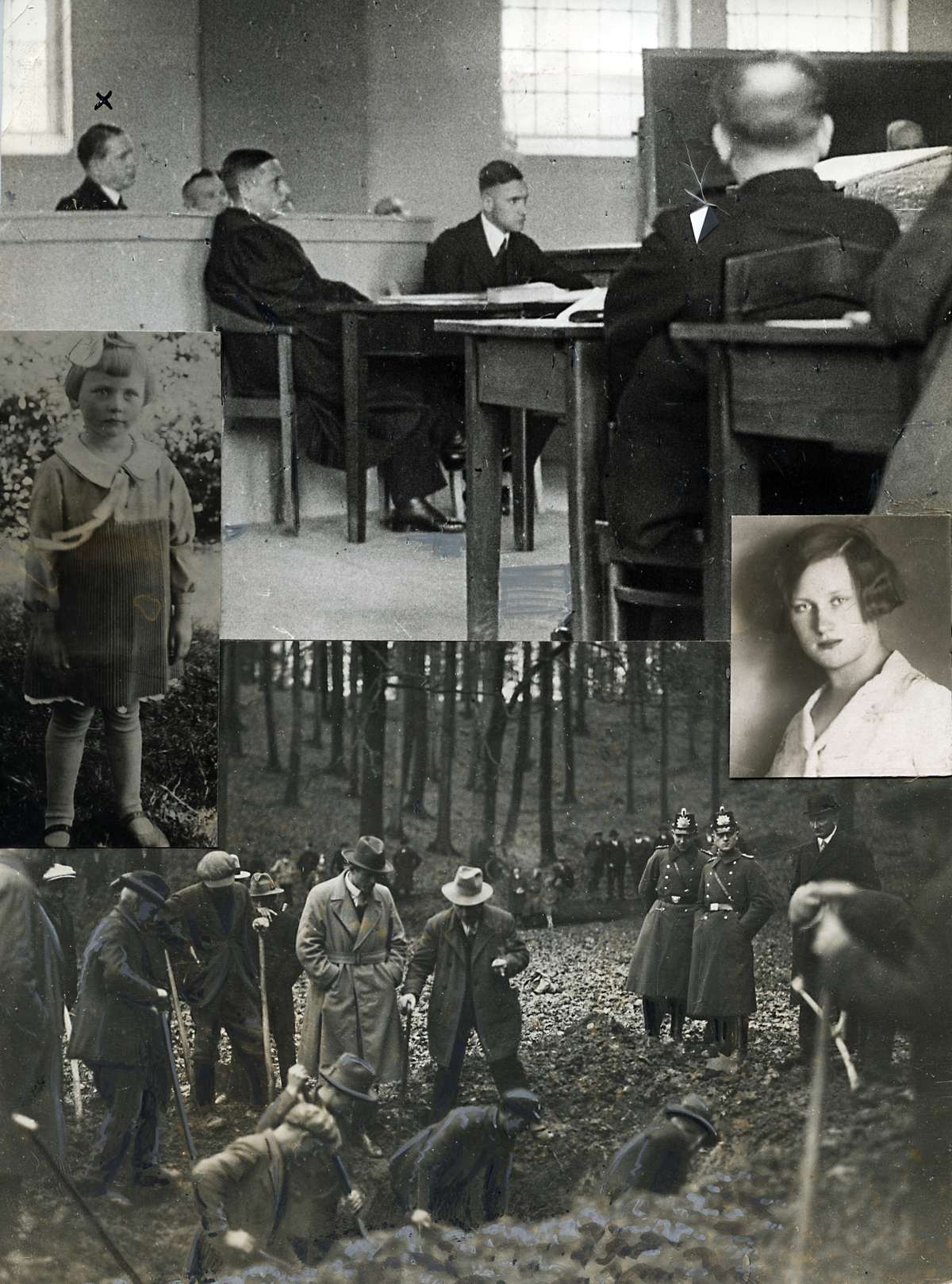 Between 1925 and 1928 Peter strangles 4 women up to asphyxia during sex. He also began to set fires and his fantasies are increasingly perverse.

One of his recurrent fantasies, with which he excites himself, is to think of a homeless man burning alive in a haystack which he has just set on fire.

On February 9, 1929 Peter kidnaps Rosa, a girl of 8. He stabs her three times and then sets fire to the corpse. Later he will say he had experienced an orgasm when the fire broke out.

From that moment he begins a series of attacks on women and girls, although sometimes his attacks also reach men.

Some of his victims, miraculously survive, such as Maria Kuhn, who was stabbed 24 times. Unfortunately no survivor can give a description to help track down the monster.

People are now terrified of all those murders and in the newspapers began to appear the word “monster.” “Vampire” will be coined later when Peter admits to have been drinking the blood of some victims.

He once beheaded a swan in a park and brought its neck to his mouth to drink its blood.

On August 8, 1929 he approached two sisters who are move away from a country fair, and asks the older one, Louise of 14 years, to do him a favor:

Would you be kind enough to to buy some cigarettes for me? I’ll mind the little one.

Louise goes away and Peter takes the opportunity to strangle the girl. On her return he also kills Louise.

The way he was captured is really very special.

On May 14, 1930, Maria, a young woman, who moved to Dusseldorf in search of work. She arrives in the city at night, and a man, seeing her alone, offers to accompany her to a home for women where she can spend the night.

As they walk the man says he knows a shortcut, but Maria thinks of the newspapers that spoke of the monster, and does not want to follow him. The man insists and Mary at this point is really scared.

A second man, however, sees this and comes forward, scaring the attacker, then he says to Maria that she can spend the night at his house because his wife is out for a few days. She agrees and they go to the man’s house in the meantime: his name is Peter Kurten.

He wants to have a relationship with the girl but she refuses. Peter says that then he will accompany her to a place where she can spend the night. Instead, at the gate of a park he rapes her, then brought her back to the tram stop and left.

Later he explained that he did not kill her because she had not resisted the rape and doubted that she remembered his address. And this will be the mistake that will lead to his capture.

Maria feels shame for the rape and does not go to the police. However, she recounts the incident in a letter and sends it to a friend. Because of a mistake, the letter is delivered to the wrong person, a woman who seeing the content goes immediately to the police.

The police traced Maria and she perfectly remembered where Peter lived. When Peter sees her standing outside his house he goes away without being seen.

Knowing that his capture is now at hand, he goes to his wife and said he had intercourse with a woman, but that he could be accused of rape and could face up to 15 years in prison.

The woman is desperate, without the money of her husband’s salary, will have to live in extreme poverty, and says of wanting to commit suicide.

The confession and capture 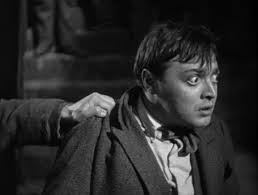 Peter at this point does something incredible.

Knowing that there is a reward on the head of the Dusseldorf monster, he confessed all his crimes to his wife and wants her to call the police to arrest him in order to use the reward for her old age.

The wife goes to the police and they arrest Peter. During the process he will confess all the crimes in detail. The man had a photographic memory and remembered details of murders committed 17 years before.

He will be sentenced to death and executed by guillotine July 2, 1931, putting an end to the nightmares of those living the city of Dusseldorf.

Before execution asks a doctor:

After my head is cut off will I feel, if only for a moment, the sound of my own blood gushing from my neck? That would be the pleasure to end all pleasures.

His head is now on display at the museum Ripley’s Believe It or Not Wisconsin Dells, United States.