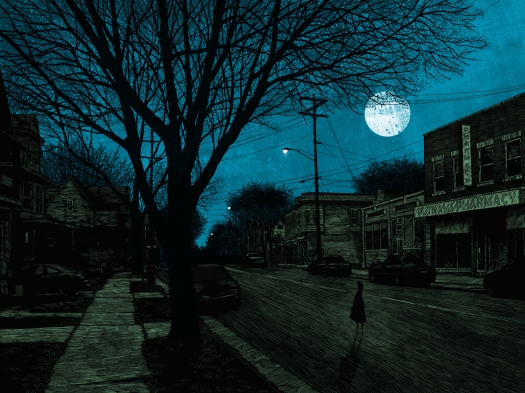 According to Scandinavian legends, the name Utburd comes from ancient Norwegian, meaning “exposed” or “taken out”. The term was used to indicate the ghosts of children who died at the hands of their parents who, not being able to afford to support them, chose to let them die by exposing them to the cold of the night, letting them to freeze to death.

Legend has it that for five long years a ghost hovered around a village, moaning at the passage of the wind and disturbing the sleep of its inhabitants.

One night, after years of strange facts occurring, the mystery was revealed by a local fisherman who, lulled by an unexpected silence, fell asleep next to his wife just to the sound of the wind rustling. In the middle of the night, the man was awakened by the agitation of the cattle and, stunned by the abrupt awakening, he was dazzled by a cold white light that slowly took on the appearance of a five-year-old child.

The child that five years earlier he and his wife had left to die in a pit stood before him, as white as the snow that had buried him. The little one slowly approached his mother and, having laid his slender arms around his face, blinded her and vanished into the night.

According to Scandinavian legends, the Utburds, because of their cruel deaths, are vindictive ghosts that can grow to the size of a barn before giving vent to their thirst for revenge and their strength knows no equal.

Often invisible, these spirits can however take the form of animals like wolf or white owl and, in rare cases, it is possible that their appearance is the same as that they had at the time of death.

The only purpose of the Utburds would seem to be that of killing their mother, who was cruelly responsible for their death, but their fury can go far beyond maternal death and reap new victims among the wanderers and the loners.

According to the legend, defeating an “exposed child” seems to be possible through the use of water or a knife, even though the unfortunate person needs an undoubted dose of luck to have one or both of the things on hand at the right time. The only notice recognized, in the approach of a Utburd, is a loud noise of steps and we hope, my dear reader, that you should never need this information.

As far as human wickedness is concerned, it seems that we cannot yet defeat it.