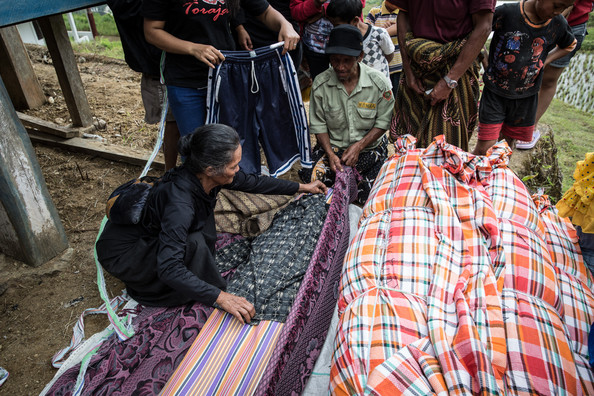 The Ma’Nene is an Indonesian festival celebrated by the Toraja people every August, and during which the mummies of relatives are exhumed, washed and dressed in new clothes.

For the Toraja people the funeral ceremony is the most important one, so that the wealth of a man is measured by the sumptuousness of the funeral rituals.

These people save all their lives to be able to celebrate the funeral as best as possible and it is not uncommon for some young people to postpone marriage if a relative is close to dying.

The Toraja once a tribe of animists, are now Christians, Muslims and animists but despite their belief they all participate in these funeral rituals. 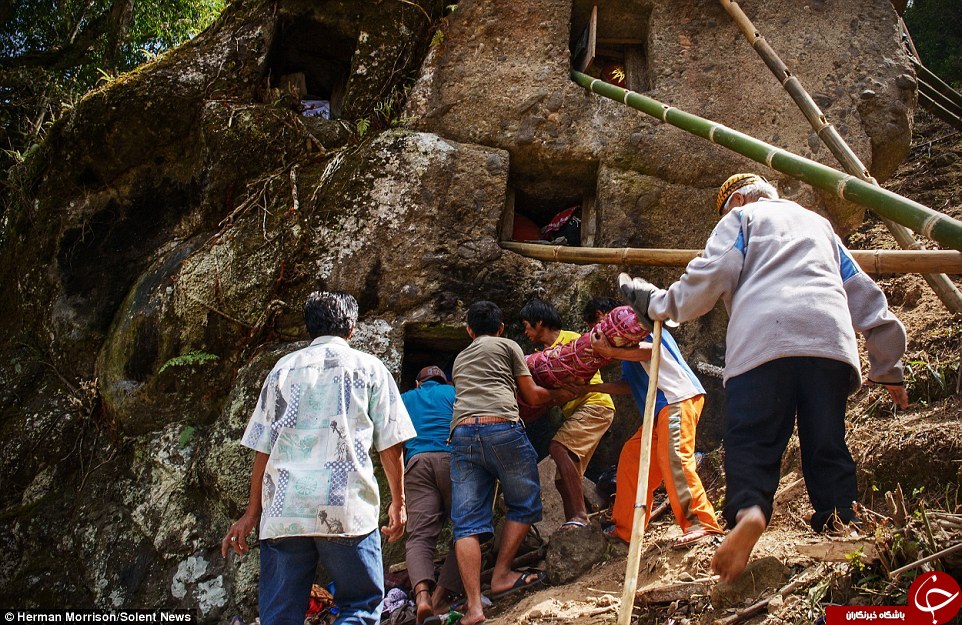 The funeral is a celebration and the deceased are not buried until first there is not enough money to celebrate the funeral  they deserve.

Until that day the deceased is embalmed, left with his family and is not considered dead, but they refer to them as “sick” or “the one who is sleeping.”

Once recovered the money needed, the festivities kick off: the whole village gets together and they sacrifice buffaloes and pigs in honor of the deceased; the meat is then distributed to those present in order of importance.

The animal horns are placed in front of the relatives’ home and the houses with more horns are the richest ones.

The festivities last for at least 11 days, after which the dead are placed in coffins decorated with geometric shapes and laid to rest on the side of a mountain,

where wooden statues representing the deceased are also placed.

If the diseased is a child who didn’t yet grow any teeth, his body is wrapped in palm leaves and tied to the trunk of a sick tree, protected with other palm leaves. If the tree heals then the spirit of the child is now living in it. 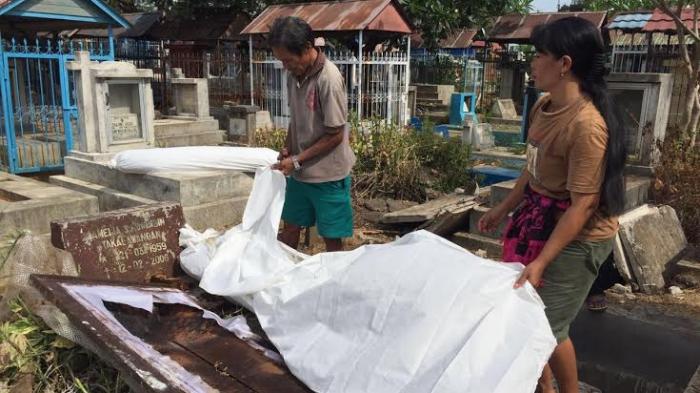 Every year in August, the Ma’Nene festival is celebrated, in which all the villagers go to the graves of their loved ones and exhume them.

They are made to walk in specific journeys to their villages where they are washed, combed and dressed in new clothes.

If the coffin is ruined, it is restored. This practice has been handed down from generation to generation for at least 700 years, but it is thought that this practice goes back even to prehistoric times.

This tradition has endured several invasions by other tribes but was beginning to fade with the advent of progress.

Fortunately, however, this tradition in the village of Toraja draws thousands of tourists every year (the village is the second tourist destination in Indonesia after Bali) who bring money and are therefore a source of livelihood for these people who can continue to practice this ancient ritual.