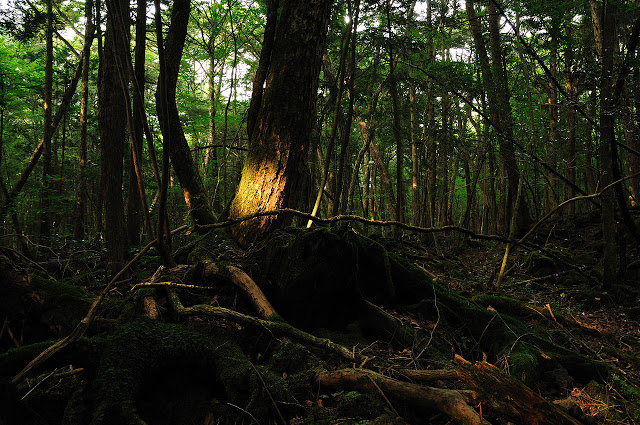 Aokigahara is the name of a Japanese forest located at the foot of Mount Fuji. In Japan, it is also known as “Jukai”, “Sea of Trees,” but to the rest of the world it is known as “The Forest of Suicides”.

This name is due to the huge number of people who decide to take their own lives in this forest. Because so, the police have even put up signs in Japanese and English that encourage aspiring suicides to reconsider their decision, but they do not seem to have had much effect.

Aokigahara Forest is the second largest venue in the world for suicides, after the Golden Gate Bridge in San Francisco, USA.

The first documented cases date back to 1950, since which there have been an estimated at least 30 suicides per year.

The Japanese Government published the statistics, reporting the number of suicides committed every year, but only seeing the number of cases increase, ceased publication after 2003. This last report, dating back precisely to that year, revealed that in that year 105 suicides had occurred. 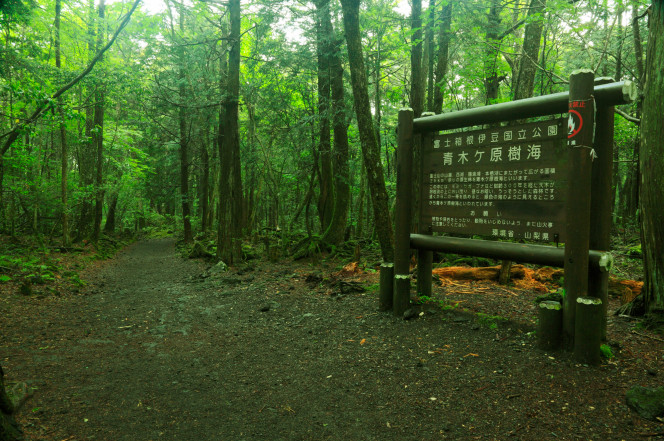 The origin of the gruesome custom

Despite the first cases of suicide dating back to 1950, an increase of the phenomenon could be with the release of a novel in 1960, in which two lovers commit suicide in the forest.

The 1993 publication of the bestseller “The Complete Manual of Suicide,” by Wataru Tsurumi, did nothing but increase the number of suicides in the Aokigahara Forest, indicating it as a perfect place to die. Two preferred methods by suicide seekers are an overdose of drugs, as witnessed by the boxes of drugs and empty alcohol bottles found at the feet of some corpses, and hanging.

For this reason, it is not difficult to see cords, ropes, ties, or cables used for suicide hung in the branches.

But taht’s not all. Some say that Aokigahara is also the most haunted forest in Japan, and that many people who visit there go without any intent of committing suicide. Upon entering the forest, ghosts and spirits would appear to the victim, and urge them to also make the ultimate gesture. 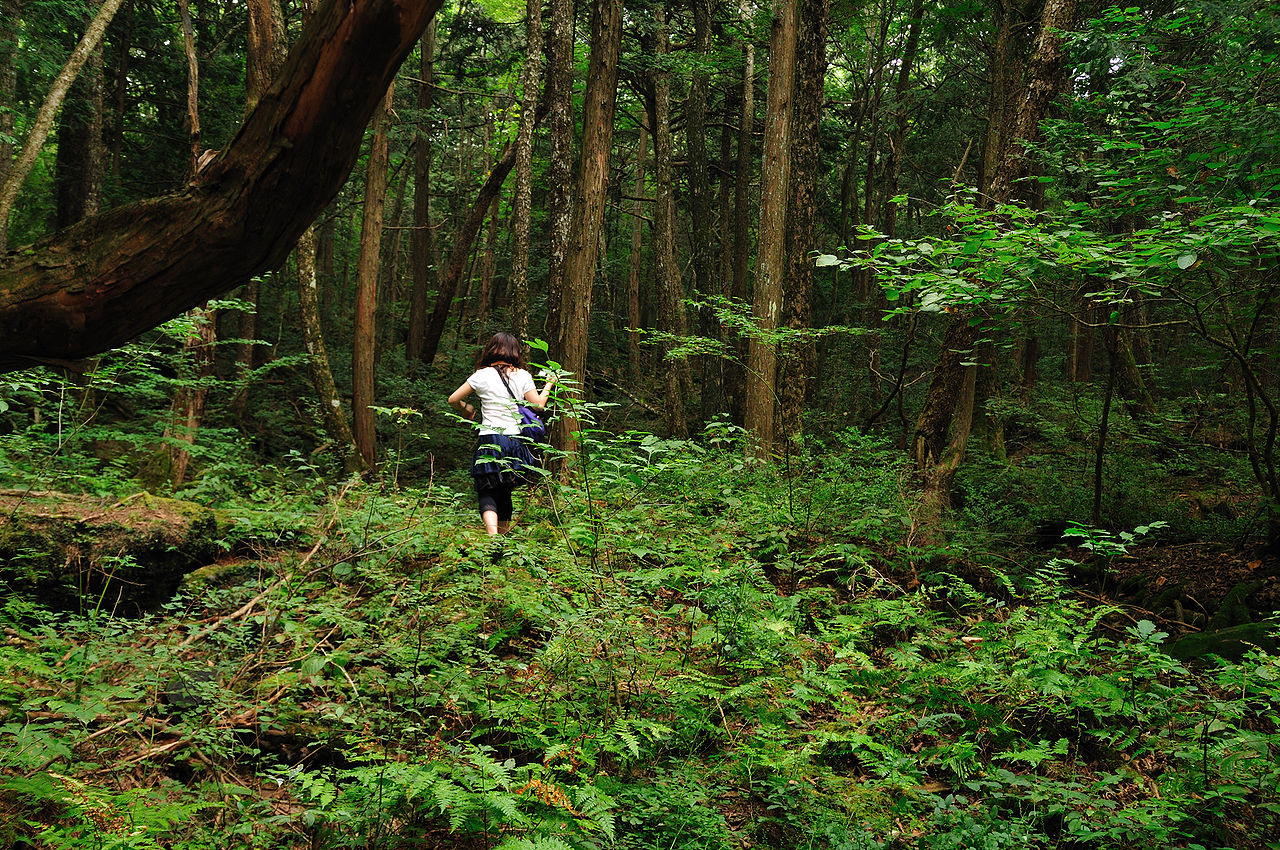 First of all, the spirits that allegedly infest it. The ghosts in the forest are the ghosts of abandoned elderly people (ubasute) who went to the forest to die. Once dead, they became yourei, “angry spirits” who urged people who ventured into the forest to commit suicide.

Other urban legends about this disturbing place are those about the malfunctioning of compasses and electronic equipment. It’s true that the lava rocks in the surrounding area can give compass reading errors, but these are really minimal, far from the needle that goes crazy in the compass that is described in the legends.

As far as electronic equipment is concerned, however, GPS may not work if it has low performance. Digital clocks and other equipment, on the other hand, work perfectly.

The forest is not only synonymous with death, but also contains an observatory and you can take guided tours on special paths that, of course, do not go deep into the forest.

Having said that, Aokigahara is still a place where so many suicides have taken place, the result of suffering in life that can no longer be tolerated. A macabre place, but perhaps also spiritual and decidedly sad.

And you, do you visit Aokigahara? Would you have the courage to venture, alone, into the depths of the forest of suicides?