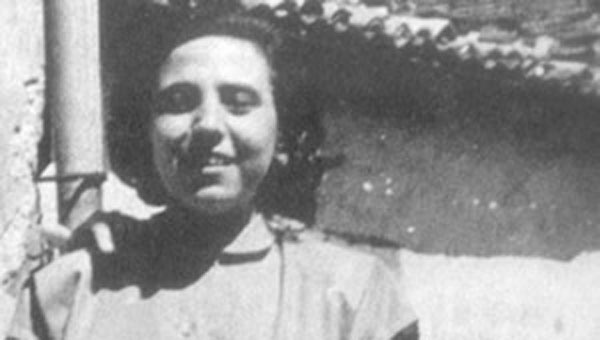 Antonietta Longo was a 30-year-old girl, found naked and decapitated on the banks of the Castel Gandolfo Lake. To this day no one knows who the culprit of this brutal murder was.

The girl was originally from Sicily, but had moved to Rome to look for work and save some money.

By the age of 24 she was working as a maid at Dr Gasparri’s house. The sisters and acquaintances remember her as a taciturn and dreamy girl, who spent her free Sundays in town, in meeting points for waitresses, students and soldiers.

She wrote often to her family and her last letter sent was dated July 5, 1955, the alleged date of her death.

She had asked for a month’s leave from work and had left the house on July 1st with a ticket to hertown of origin, but she never made it there.

In recent months she had gradually withdrawn all her savings, 231,120 liras, which at the time was a substantial sum, and had put the money in a safe box at Rome Termini station.

In her last letter she informed her sisters that she had found love and that in a few hours she would have belonged to this man.

After marriage she hoped to give them the joy of a nephew. Unfortunately, however, a few hours after sending a letter Antoinette did not find love but death.

The finding of the body

On 10thJuly 1955 the mechanic Antonio Solazzi and the sacristan Luigi Barbon decided to go on a boat trip and they rented a boat at the restaurant “La Culla del Lago”.

They landed in an isolated spot and Antonio saw the naked corpse of a woman, decapitated and with several stab wounds to the abdomen. The only thing she was wearing was a wristwatch.

They were too scared to alert the police immediately, telling everything to them only two days later.

The Carabinieri were brought to the place of discovery where they found the body which upper part was covered with sheets of a newspaper dated July 5th.

Antonio and Luigi were apprehended, as well as the owner of the restaurant ” La Culla del Lago” and his sister, the car guard and the owner of another restaurant with his son.

An autopsy revealed that she had suffered a miscarriage shortly before her death and that the beheading had been carried out by someone who was familiar with anatomy, such as a doctor or a butcher.

All the newspapers reported on this shocking discovery, but the identity of the young girl remained a mystery. Investigations gathered, alongside the investigators, even self-proclaimed mediums and fortunetellers who with their seances never discovered anything substantial.

The only clue was in the hands of the police, and that was the victim’s wristwatch.  It was one of Zeus brand ones, and only 150 items were manufactured.

A cross-research discovered that there were two missing women who owned that clock, Antonietta Longo and Anna Maria Brasca, wife of a boxer. When Anna Maria reappeared, the only possibility was Antonietta.

Her sisters are called to recognize the body and through the details of hands and feet they were able to finally identify their sister.

The police then proceeded with the comparison of the fingerprints taken at the Gasparri home and thirty-five days after the discovery, they concluded that the corpse belonged to Antonietta.

They then found the last letter from the young girl to her family dated July 5th, just like the date of the newspaper that covered her body, and deduced that must have been the date of her death.

From the findings, they found that Antonietta Longo was first stabbed and then beheaded in the place where her body was discovered because the sand was soaked in blood 12 centimetres deep.

The head was never found, although in 1987 a fisherman found a human skull. He thought it might belong to poor Antoinette but the analysis established that it was the skull of a man.

Antonietta Longo’s death remains one of the greatest mysteries of Italian crime.