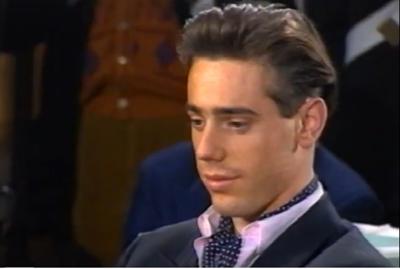 Pietro Maso is an Italian criminal guilty of killing, together with the help of some friends, his parents, in order to cash in his inheritance.

Pietro was born in a village in the province of Verona, and was the third son of Antonio Maso and Rosa Tessari. His childhood was happy and his life was a normal one. He left school in the third year of agrarian high school and began doing the odd jobs.

His provincial life wasn’t enough for him anymore, as he was more and more attracted by money and glamorous life, and started to follow a life of consumerism. While working for a car retailer, he discovered Verona’s nightlife and starting betting at Venice Casino.

The money, however, was never enough and led him to take a drastic decision: kill his parents to cash in his inheritance. 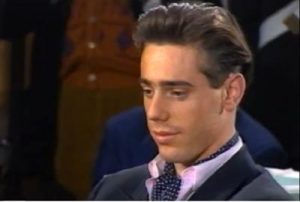 Pietro began to plan the murder about six months earlier, in the fall of 1990. Together with some friends, Giorgio Carbognin, Paolo Cavazza e Damiano Burato, he plotted some plans, but they all failed.

The first one was also discovered by his mother, who did not, however, become suspicious. On March 3rd, Pietro Maso placed some gas cylinders in the basement of the house where his parents lived. At its side he put main switch for some psychedelic lights that are activated by sound, those used during the holidays, and set an alarm clock at nine-thirty. Then he stuffed some clothes in the fireplace to block it off.

His plan was to open the cylinders, fill the basement with gas and wait for the alarm to set off the lights’ control system, which would cause the spark that would blow the house up.

But he made a mistake and removes the safe from the gas cylinders, forgetting thought to turn the knobs. The mother found all the material just before half past nine and asked her son for an explanation. Peter replies that the lights were used for a party and the gas cylinders to activate two stoves. He also said that he had found the alarm in the car and not knowing what to do with it, he had put it on the table.

He didn’t know, however, how to provide an explanation for the clothes in the fireplace that would actually serve to block the escape of air and extend the wave of the explosion.

A few days before the murder, Pietro’s mother found banknotes in his trousers’ back pocket. Pietro had been laid off recently, so how was it possible he had money in his pocket? She asks Pietro for explanations and his reply was that he got money from some commissions that the car retailer he had worked for had not paid for. Rosa was puzzled and Pietro seemed to want to reassure her: He proposed her to accompany himself to the car dealer to check his version.

In the car in which he would accompany her there was also Giorgio Carbognin who, as previously agreed with Pietro, was supposed to hit her in the head with a steak hammer.

Giorgio, however, did not have the courage to hit Rosa and Pietro had to come up with a lie quickly.  He then told his mother that he had found out a friend of his who was involved in dealing computers and that the latter had given him money to buy his silence. Rosa seemed to believe this version and this plan too went awry.

A third attempt had planned that George should have hit Pietro’s parents in the garage, when they came back home from outside. Once again, however, the young man did not have the courage to act out and the four plotted a plan for the fourth time, this time a successful one. 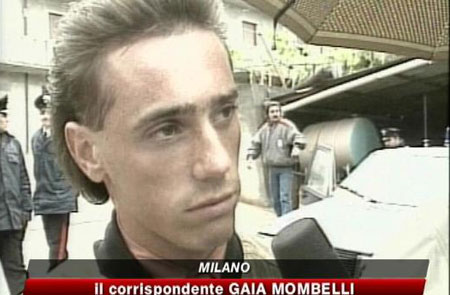 The last plan had to work:

Pietro stole 25 million liras from the account of the mother, with a forged signature, in order to give it to Giorgio.

The latter had requested a loan for 24 million to buy a car, but when her parents opposed his purchase, instead of giving the money back to the bank he decided to spend them with friends in clubs and casinos. Pietro had to kill his parents before they discovered the missing amount.

On April 17, 1991, the Maso couple went out of town. Pietro asks them to be home by eleven, so that he could have the car to go to a club, and the father agreed. Before 23 Pietro went to a bar with his accomplices to discuss the final details and then go together to his house, waiting for his parents. Rosa and Antonio arrived home at around 23:10 and parked the car in the garage. Antonio tried to turn on the light, but the power was off and so he went upstairs to check the fuses. There, hidden, his son was waiting for him.

Upon seeing his father going into the kitchen, Pietro hit him with an iron bar and his friend Damiano hit him with a pot. Antonio did not fall down right away and they continued to beat him until he went unconscious.

Soon after, Rosa, alarmed, went up the stairs and was hit by Paolo and Giorgio. Rosa did not die right away and therefore they continue to hit her. She lost conscience but she was still breathing, so they decide to smother her with a pillow.

They didn’t manage to killer her still, so Pietro told Giorgio to take a plastic bag from the kitchen and asphyxiate her.

After 53 minutes, Pietro parents died. Maso and friends created a mess in the house to simulate a robbery, and then take off their bloody overalls and headed to some bars in the area to create an alibi. At two o’clock he went home and faked to discover the bodies, alerting the neighbours who called the police.

Initially, police thought of a robbery gone wrong, but then some elements made the police suspicious. First of all the drawers in the house and their contents were scattered around the house, when the thieves usually open them to find money and don’t see anything in them, they tend to close them off close them half way, but certainly they don’t lose time to shed everything on the ground.

Then they noticed that the couple’s son did not seem shocked or upset and suspicion fell on him.

After hours of questioning, Pietro finally confessed, and after him so did his accomplices.

The case raised a great media reaction and the trial was followed by the press. The accused underwent a psychiatric evaluation but they were all considered capable of discernment.

Pietro claims his share of inheritance but his lawyer advised him to give it up if he wanted to avoid a life sentence.

The man renounced and was sentenced in first degree, to 30 years sentence confirmed on appeal and by the high court. His accomplices were sentenced to 26 years each except Burato who, being a minor, was sentenced to 13 years in prison.

Pietro has served his sentence, which, with pardon and his good conduct, was supposed to finish in 2015. Instead he was released in 2013.

Just out of prison he signed a book of his story, written by a journalist, and he said he is helping other young people who write to him telling them their desire to kill their parents.

He later moved to Spain, in Seville, and then back to Italy.