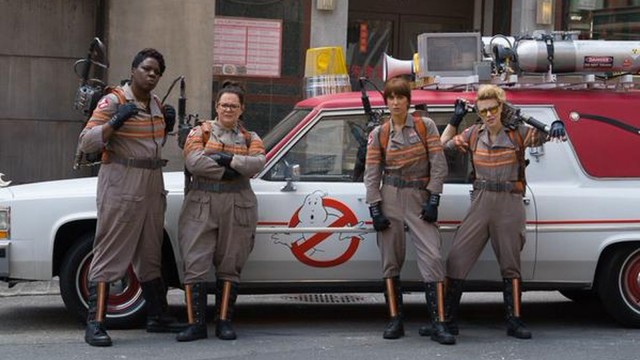 That cinema is going through a crisis, that’s something we’ve known for a while, but Hollywood never miss a chance to remind us that.

In recent years original motion pictures were very few and remakes were rather privileged, together with prequels, sequels and reboots.

And it is a reboot that I want to talk about today, that of “Ghostbusters”. That’s right, the cult films of the 80s will be remade by director Paul Fing who has decided not to take the original as a reference to make a remake, but he is committed to making a film with a new beginning, with the rewriting of the events told in the original movie.

When will the remake (reboot) of Ghostbusters be released?

The trailer is not yet available, but a teaser is out, another useless move that is virtually the real trailer. Twenty-eight seconds of absolute nothingness only to entice people to watch the trailer, which, in this case, will be released on March 3rd.

The director said that he absolutely does not want to make a remake, but rather try to tell what would happen if the events described in ”84 in “Ghostbusters” were set in 2016. He wants to tell a different story without wanting to go and touch the stars of the cult movie.

The output of the online trailer is scheduled for March 3rd, while the film’s release in US cinemas is scheduled for July 15th, 2016 despite the fact that in the movie “Ghostbusters 2” a psychic predicted the end of the world for 14th February 2016.

Plot of the Ghostbusters reboot

The main difference? That the protagonists are women played by Melissa McCarthy, Kristen Wiig, Leslie Jones and Kate McKinno.

In the new film the protagonists are two writers of little success who write a book about ghosts. One of them becomes a university professor, but when it becomes public that she was the author of a book on ghosts she become the laughing stock of the faculty. She decides to join forces with her old colleague and when Manhattan is invaded by ghosts, the two co-workers, along with two other friends, will have to save the city

The plot does not excite me at all and I do not think it’s a story that can work in 2016. Some movies have been made for the ’80s and they should remain in this decade. Unfortunately ideas in Hollywood are scarce and we must put up with the leftovers from past decades.

Enjoy the trailer’s trailer here below!