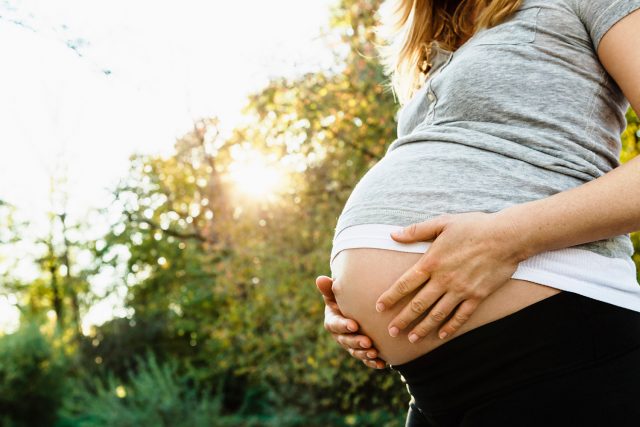 Coffin birth or, more precisely, “post-mortem fetal extrusion” is the expulsion of a dead fetus from the decomposing body of a pregnant woman.

How and why it occurs

This kind of post-mortem delivery occurs very rarely but it is historically documented. When someone dies the decomposition process stops, inside the body gases are generated due to bacteria naturally present in the organism.

These gases cause pressure within the body and in the case of a woman they can push the uterus downwards.

If the dead is a pregnant woman, the pressure of these gases will push the fetus out of the body, simulating a delivery: the difference is that instead of contractions, it will be the gas of a putrefied body to cause the birth to the fetus.

As I mentioned earlier it is a rare event, but it has been documented by doctors since the sixteenth century, and has been observed in several graves during different archaeological excavations.

The first documented case dates back to 1551 when a pregnant woman was sentenced to be hanged by the Spanish Inquisition:

4 hours after death, with the body still hung, two dead fetuses were seen coming out of the woman’s body.

This is an anomaly given the time passed after her death, but there may have been conditions that had accelerated the decay, for example, environmental, or other factors unknown to us and not described.

Another case occurred in Brussels in 1633. A woman died of convulsions and three days later the fetus was expelled spontaneously from the body.

In 1861, in contrast, a post-mortem birth happened 60 hours after the death of a pregnant woman. Almost all cases occur before the burial of the body, and we have only little evidence of post-mortem childbirth found after exhumations.

It was not uncommon for a new-born and a dead mother to be buried together and therefore not always when the bones of a child is found in a coffin with adult, these are signs of coffin birth.

To understand whether it is an example of phenomenon or not, it’s enough to check the position of the child’s bones, as they have to be in a fetal position with the skull and face down, between the legs of the mother.

Even though nowadays the use of antibacterial fluids to replace those naturally present in the body delay the corpse putrefaction, it has been possible to observe some cases of post-mortem birth.

In 2005 in Germany an eight-month pregnant woman was found dead due to an overdose in her apartment, already in a state of decomposition. During the autopsy, it was discovered that the head and shoulders of the fetus had been expelled from the body, as a result of gases caused by the decomposition.

In 2008, however, the body of a seven months pregnant woman was found in a field in Panama. The woman had been gagged and had a plastic bag on her head, suggesting a homicide. The hot and humid weather had accelerated the rotting process of the body and

during the autopsy a fetus was found in the woman’s undergarments.

The fetus was decomposing, but the umbilical cord was found intact and still attached to the placenta in the uterus.