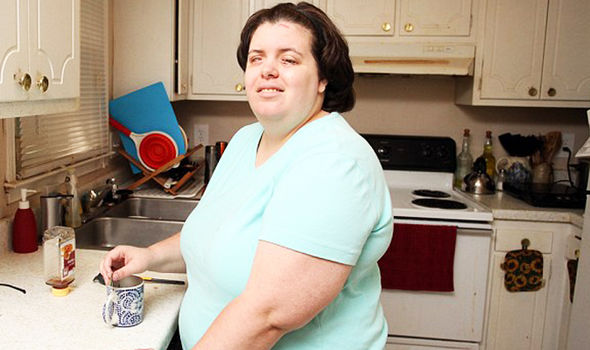 Jewel Shuping is a woman who has decided to go blind and in order to do so she has had drain cleaner poured into her eyes. The woman is affected by the Body Integrity Identity Disorder and now, as a blind woman, she is happy.

The story of Jewel Shuping

Have you ever thought about pouring a corrosive into your eyes to go blind?

There are those who have really done that. 32-year-old Jewel has always dreamed of becoming blind since she was a child. She says that when she was 3 or 4 years old, her mother found her at night wandering around the house, in total darkness.

When she was six years old, the first conscious thought: to go blind would have made her feel at ease. When Jewel’s mother recommends her to be careful because looking directly at the sun can hurt her eyes, she spends hours staring at it, hoping to become blind. The Body Integrity Identity Disorder is a condition in which those who suffer from it feel that a limb or a sense are not part of them and should get rid of them.

During her adolescence she began wearing thick black glasses and at the age of 18 she received her first stick for the visually impaired. Her desire to go blind also leads her to learn braille writing, which she can read fluently since the age of 20.

Fiction is no longer enough

For years Jewel has been pretending to be blind, but that’s not enough anymore. The idea of having to be really blind continues to come up in his head. She starts talking to psychologists who diagnose her condition. But Jewel realizes that the psychologists are not helping her. The woman doesn’t want to accept her condition, but to go blind.

Blindness induced by the drain cleaner

In 2008, finally, a psychologist decides to help her. Together they design the way to make her blind. Jewel goes to Canada where she buys drops to desensitize her eyes, then goes to her psychologist. The man proceeds to put the drops in her eyes, then it is the turn of the drain cleaner, that corrosive chemical substance used to clean the sink drain.

Jewel remembers how the process was extremely painful, with a piercing pain in her eyes and with the corrosive liquid that burned her skin when it ended up on her cheeks. But the woman has no remorse. As she felt pain, she consoled herself with the idea that she would really go blind. After the procedure she was taken to the hospital where the doctors, against her will, tried to save her sight. Unfortunately, however (or, according to Jewel, luckily) there was nothing more to do.

The next morning the woman woke up and opened her eyes: instead of finding darkness, she found herself in front, as always, of her TV screen. This caused her immense anger. She wanted to be blind, but she kept seeing. The process that led to her blindness, in fact, was not immediate. Her sight dropped over time, until she became completely blind, as she wanted. Later it was also necessary to remove an eye from her because of the injuries caused by the corrosive drops.

Now Jewel feels complete and happy and is studying to get a degree in education. At first she told her family that blindness had been caused by an accident. His relatives, however, were quick to discover the truth and stopped talking to her. Jewel does not regret the gesture she made because she is convinced that she should have been born blind. However, she invites those affected by her own ailment not to do as she did, but to seek help.

We don’t know the name of the psychologist who helped her and we don’t know if he was discovered and investigated.