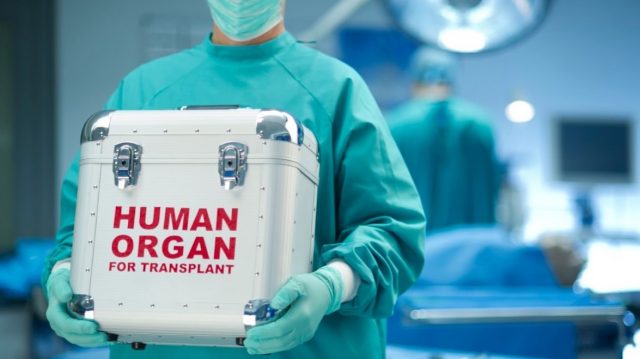 In addition to increasing violence and corruption, Brazil is experiencing some silent tragedies. One of them is directly related to something that could save lives: organ donation, which, thanks to various factors, turns into organ trafficking. The causes of this problem are different: lack of control, corruption, an inefficient system and the bad nature of human beings. Many families have seen, and still see, their lives destroyed by the greed of a simple human being.

In 2006, the American film “Turistas” arrived on the big screen making a sensation in Brazil for the plot and the negative image transmitted of Brazil.

The plot of ‘Turistas‘ begins when six young people decide to travel to Brazil as backpackers. On a bus they meet the beautiful Pru, who speaks Portuguese, and two American friends. After a terrible accident that leaves them in the middle of nowhere, they go to what looks like a bar near a beach. The next day they wake up at the edge of the beach after being drugged (with Good Night in their caipirinha). The worst is about to happen, however, when they end up in the hands of a gang of organ traffickers in the Amazon rainforest.

Unfortunately, this is not completely unreal.

Organ trafficking is linked to the new international crime of the 21st century. Crime affects all countries, but some have a greater incidence, for example China, India, Pakistan, Russia and Brazil. It seems obvious that this problem is present all countries, but in some, due to political “structures” and poor supervision, the phenomenon is more relevant.

In the case of organ trafficking in Brazil, it seems that the authorities turn a blind eye to the development of investigations. According to the WHO, of all transplants performed worldwide, 5% are directly related to organ trafficking.

Transactions are often made through the Internet. The main victims, according to the Brazilian government, are children, young people and adults and this aberrant crime yields more than $12 million a year worldwide. To make matters worse, this phenomenon is still considered a legend as in the case of the film ‘Turistas’;

However in 2013 the Brazilian Government published a paper on people trafficking stating that this has a strong impact in Brazil and the world.

Paulinho was playing with his friends when he fell from the balcony of the first floor of the building where he lived with his parents. After being admitted to the hospital he was visited by the doctor Alvaro Inhaez who, as it turned out, was the head of a central group of human organ removal disguised as NGOs. Paulinho was sedated and his organs removed while he was still alive, in the style of the Nazi doctor Josef Mengele.

Joao Domingos de Carvalho was admitted to the hospital for seven days between 11 and 17 April 2001. Joao did not receive food in the hospital and more than once told his son that he had tried to escape. Carvalho, like Paulinho, was declared dead after being sedated and after his kidneys, liver and corneas were removed by doctors Claudio Celso Fernandes and Scafi. Seven other similar cases were raised by the police in the same hospital.

This article is an excerpt from the book “Il lato oscuro del Brasile”, published thanks to the kind collaboration of its author Francine Arioza.