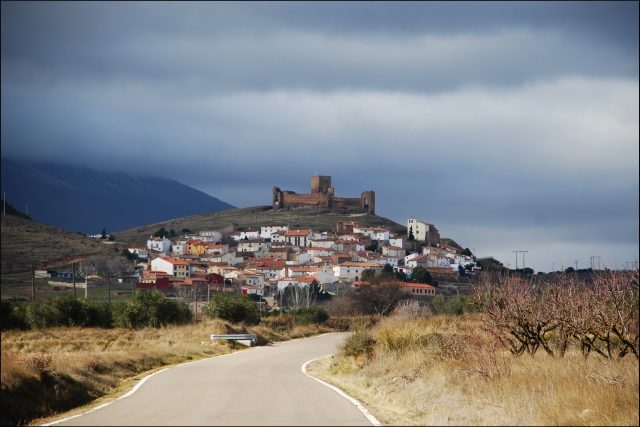 I am convinced that most people believe that curses do not exist and that they are only inventions fortified by ignorance and superstition. In 1511, however, a curse was launched with the Pope’s support to the entire Spanish village of Trasmoz, at the foot of the Macayo Mountains. This is a very ancient settlement, but it was the scene of very bloody clashes and above all of a rebellion against the Church, which at the time ruled even the kings.

As for the curse, it all starts around 1200 when the first bandits of the region chose Trasmoz to start an ingenious and very profitable business. At that time there was no side knurling of coins and a very simple way to launder money was to scrape up some of the money and then beat it so that, although less thick, it was the same size. Once this was done, the metal removed was melted down and false coins were created.

The ploy for the time was really good and the people of the region did not investigate too much about it. The problem, however, were the continuous noises coming from the underground forges, the continuous beating of the metal and the spillage of the cauldrons that, in addition to emitting clouds of smoke, created in the foundations of the city a characteristic bright red color that reached the surface.

There were many people involved, even very important, and the most credible justification that was found was that the city was a meeting place for witches and heretics. In addition, in order to scare the poor inhabitants more, rumours were created that there was a magician named Mutamín in the city’s castle.

And people believed it for a long time, so much so that the village of Trasmoz took on the name of refuge for witches. Unfortunately this rumor, a couple of centuries later, became a double-edged weapon and the Church took advantage of it to take possession of the many resources of the community (iron and silver mines, wooden reserves and a lot of water).

The pretext was an ancient treaty that excluded Trasmoz from paying taxes to the nearby monastery of Veruela. The rumors of witches practicing pagan rites had been around for a long time and the bishop of Veruela took the opportunity to design a way to take possession of the entire village. Since the presence of heretics and witches was “proven”, he asked the Archbishop of Tarazona to excommunicate the village. In this way, the inhabitants would no longer be able to follow mass or confession and would be forced to go elsewhere.

The people, however, instead of asking the Church for forgiveness for a sin that they did not committed, professed their innocence and insinuated what was clear to everyone: that the bishop only wanted to take possession of their resources. A dispute began, initially made up of mischief and spitefulness, such as diverting the water channels or stopping the wagon with supplies, but it ended in a real declaration of war. Pedro Manuel Ximenez de Urrea, the lord of Trasmoz, threatened the destruction of Veruela and King Ferdinand II had to intervene to avoid a direct confrontation with the Church. The reason was given to the citizens of Trasmoz, but this did not put an end to the dispute.

The curse on the village

In 1511 the abbot of Veruela, with the explicit permission of Pope Julius II, launched a powerful curse on the whole village and its descendants singing Psalm 108 of the Book of Psalms, the most powerful instrument that the Church has to launch a curse.

Since the curse was launched at the behest of a Pope, only one other Pope could remove it. But to date no pope has done so and Trasmoz is still an excommunicated village. That anathema had the long-awaited result. The community began to decline, in 1520 the castle was set on fire and the population began to leave it for other cities.

Today the streets are empty, the houses crumbling and there is almost no trade, except the seasonal one of souvenirs for the few tourists. There are just over 60 inhabitants left and they are all waiting for the pope to cancel the curse launched over five centuries ago.