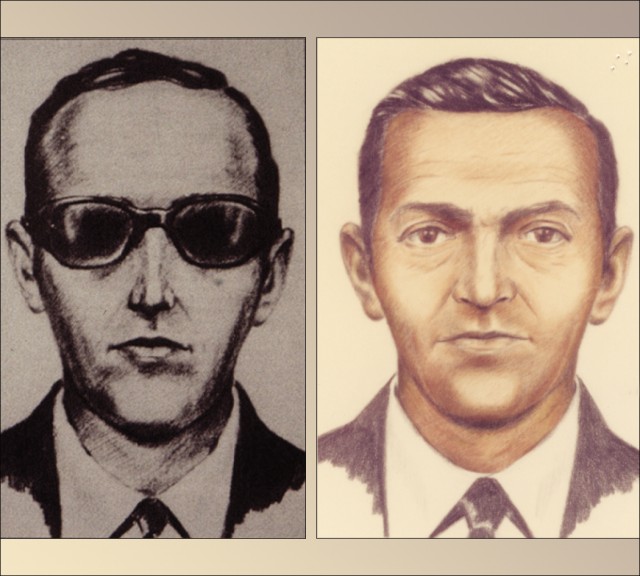 DB Cooper is the name given to an American plane hijacker. Cooper hijacked a plane in 1971 demanding a ransom of $200,000. After he got the money he jumped from the plane with a parachute and neither he nor the money were never found.

On November 24th, 1971 a well-dressed man carrying a black briefcase bought a one-way ticket to Seattle. He paid in cash and identified himself as Dan Cooper before boarding the Boeing 727-100.

The flight was short, only 30 minutes, and Cooper sat at seat 18C, lighting a cigarette and asking for bourbon and soda.

After the take off Cooper passed a note to a flight assistant sitting next to him, Florence Schaffner. The hostess, thinking it was his phone number, put it in her purse without opening it. At that point Cooper said:

Miss, you’d better look at that note. I have a bomb.

Florence read the note, which said:

I have a bomb in my briefcase. I will use it if necessary. I want you to sit next to me, you are about to be hijacked.

The hostess took place near Cooper and asked to see the bomb. He opened the briefcase and Florence saw six sticks of dynamite with wires connected to a battery.

Cooper then closes the briefcase and made his demands:

Florence gave the instructions to the pilots. One of them, William Scott, informed the control tower of the situation and the police was alerted. Passengers were not told anything and an ad was played only mentioning that upon arrival in Seattle there would be a small delay due to a mechanical problem.

The president of the airline, Donald Nyrop, authorized the payment and was able to satisfy all of Cooper’s requests, then informed the hijacker.

Once the delivery was complete, however not with unmarked bills with serial numbers recorded, Cooper allowed all passengers and a stewardess to leave the plane, then explained his plan to the pilots.

He gave them precise instructions on where he wanted to go, how fast and at what height, and he asked for the plane to take off with the rear exit door open and a ladder extended.

The pilots were against this because they thought it dangerous and Cooper decided not to argue and asked instead to extend the ladder later during the flight.

After refuelling, the plane took off and Cooper told Florence to go in the cabin with the pilots. After about 20 minutes the pilots saw the indicator light signalling the opening of the rear door.

After landing in the place chosen by Cooper, the police approached the aircraft, but the hijacker was not there: he had jumped with a parachute together with the money. 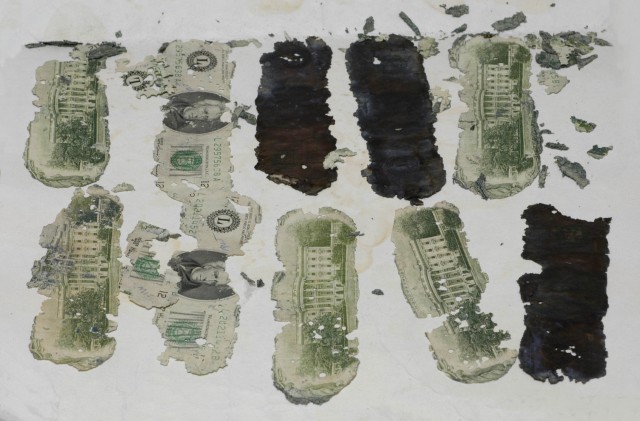 Immediately every possible scenario was taken into consideration and they thus established the point where Cooper had jumped and the one where he had possibly landed. But unfortunately this did not help. The man’s identikit was processed and made public.

Police also questioned a man called DB Cooper with minor criminal record, in the hope that the hijacker had used his real name at the ticket office. Unfortunately, however, this was not the case.

It’s due to this interrogation that the name of the hijacker was changed from Dan Cooper to DB Cooper.

An inexperienced journalist confused and published the name of DB Cooper, mistake that was also taken up by other newspapers and that caused everyone to know the hijacker by that name.

There was no news of this man until 1980 when a child found $ 5,800 in used $20 banknotes near the Columbia River. The serial numbers matched those that were given to Cooper. However, it is unknown whether the packages had been taken to that place by someone and if they were brought ashore by the current.

Despite the rewards promised by the police to whoever could provide information on DB Cooper, no one ever came forward and since then nothing has been heard about him.

Investigators over the years turned their attentions to a few suspects, but there was never enough evidence to link them to the figure of the mysterious DB Cooper.