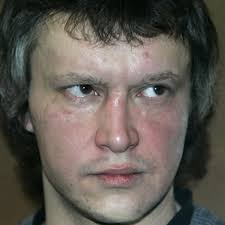 Sasha had a rather quiet childhood and was a sociable and easy-going boy until he had an accident.

One day he fell from a swing and was hit in the face by the seat that swung back. From that day he became more aggressive and it was believed by experts that his frontal cortex was damaged.

This produced a poor control over his impulses and the tendency to develop an aggressive character. Sasha in fact became more hostile and impulsive, so much so that his mother decided to take him out of regular school and sign him up on one for children with learning problems.

Due to this transfer his friends began to haunt him, calling him “the retarded”, doing nothing but increasing his hostility.

During adolescence his maternal grandmother recognized his great intelligence and realized it was not appreciated: the school he was attending tried to fix disabilities but did not reward progress.

The grandparents then decided to take care of him and Sasha went to live with them. There, he learned to play chess, the game that became his passion, and became so good that he started to play in the public games held at Bitsa Park.

In chess, Sasha found a channel to vent his anger, becoming an excellent player.

When his grandfather died Sasha was devastated. He returned to live with his mother and began to drink large amounts of alcohol to ease the pain of his loss. He continued to play chess, but at this time he also took on a sinister new hobby.

When he knew he had to meet with children, he started carrying a video camera and threatening them.

Made public in a recording made public you can see Sasha grabbing a child by one leg and holding him upside down, threatening to throw him off a building and kill him.

He would watch his movies all the time to reassert his power, but in 1992 this was no longer enough to satisfy his sexual urges. 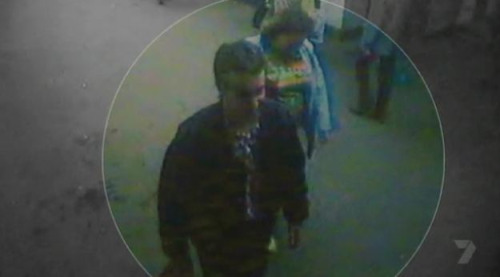 His first murder happened in 1992 at the age of eighteen, while still a student. The media at the time of his arrest said that he wanted to compete with another Russian serial killer active at the time, Andrei Chikatilo, who had killed 53 people.

Sasha later confessed to wanting to kill 64, one for each square of the chess board, only to retract later on saying that if he had not been stopped he would have continued to kill.

Sasha’s main victims were homeless elderly people whom he attracted with the promise of free vodka. After drinking with them, he killed them by hitting them on the head with a hammer.

His signature was to push the vodka bottle they had drunk in their wound on the skull.

The elders, however, were not his only targets, in fact he even killed young men, girls and children. Usually he surprised them from behind.

His last murder was that of Marina Moskalyova in 2006. When her body was found in a park, with a bottle stuck into the wound, a metro ticket was found in one of her pockets. the surveillance cameras were then checked and in one shooting she was in Sasha’s company.

He was arrested on June 16, 2006. After his arrest he declared: that killing made him feel like a god, as he could decide if his victim should have to live or die.

For me life without it would be like a life without food for you. I felt like the father of these people since I was the one who opened the door for them to another world.

He was tried with the 49 murder counts and three attempted murders and was sentenced to life imprisonment, with the first 15 years to be spent in isolation.