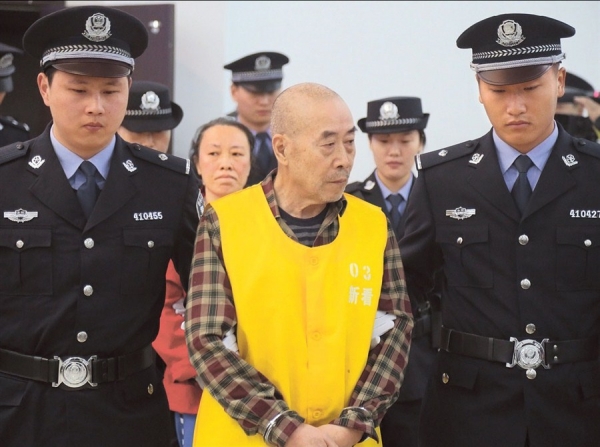 The Story of Hu Wanlin

Hu Wanlin was born in China in 1949. Although he only achieved a primary school degree, he called himself a “miracle doctor” practicing medicine illegally.

In the ’80s he is convicted of fraud, kidnapping, human trafficking and murder and it is in prison that he decides to practice as a doctor, starting 1993.

In 1997, he faces another trial and he is released, allowing him to focus on selling his medicaments. These were prepared with herbs and with sodium sulfate, which, in large quantities, is poisonous.

Wanlin also thought that water was the cause of many diseases and urged his patients not to drink it, leading to dehydration.

In 1998 he was expelled by the local authorities because of the illegal practice of medicine and moved to Henan in June, continuing with his illegal activities.

In addition to herbal medicine practice, he practiced qi gong thanks to which in order to heal the patients he then does not even need to touch them, only having to transfer them his “qi”.

He called himself a “miracle doctor” and sometimes gave his diagnosis without even visiting the patient because all he needed was only to have a quick look at them for a few seconds.

His care, however, rather than cure his patients, ended up killing them, in fact, there are about 146 deaths connected to the self-appointed doctor. The police, however, could only prove three of them with certainty.

In 1999 he was arrested again and sentenced to only 15 years in prison, term he would only serve partially.

This could happen because in China, at the time, there was no licensing system for doctors, system which was introduced thanks to this case.

This country has a great tradition of herbal medicine, but the reputation of Hu Wanlin, who claimed he could cure cancer and AIDS, is also due to China’s health care system.

Not everyone can afford health insurance, finding themselves forced to fall back on less expensive methods, but, alas, less effective and in some cases lethal.