Ordeals – ‘the judgments of God’ – are usually related to the Inquisition and to the tortures imposed to those accused of heresy and witchcraft. However, trials by ordeal (and hot water ordeal) were used both before and after the Inquisition and not only in Europe.

The accused of the crime was required to dip his hands, sometimes up to his wrists or elbows, in a cauldron of boiling water and retrieve a ring or a coin sitting on the bottom of the cauldron.

This ordeal would take place in a church, by a priest. Before starting, both the accused and the cauldron were sprinkled with holy water.

Subsequently, all the attendees prayed to God, and the accused had to dip his arm in boiling water or, sometimes, boiling oil.

Afterwards, the wounds were bound and examined after three days. If the wounds showed ‘putrid blood’ or a blister ‘slightly bigger than a walnut’, then the accused was clearly guilty.

Hot water was also used as a mean of torture and as a mean of execution, such as death by boiling, which was in effect until the Modern Age.

In fact, France abolished the death by boiling only in 1791.

This method did not belong only to the Inquisition, the Christian or the Western world. There is evidence that the trial by ordeal with hot water was also used in other parts of the world.

The Ordeal of Hot Water in India

In India, a man could ask his wife or his servants to undergo the ordeal of water in order to verify his doubts about their loyalty.

Furthermore, there is an evidence in 1867 reported on the “Bombay Gazette” that a man underwent the ordeal with hot oil because he was accused of theft.

How to Survive the Hot Water Ordeal 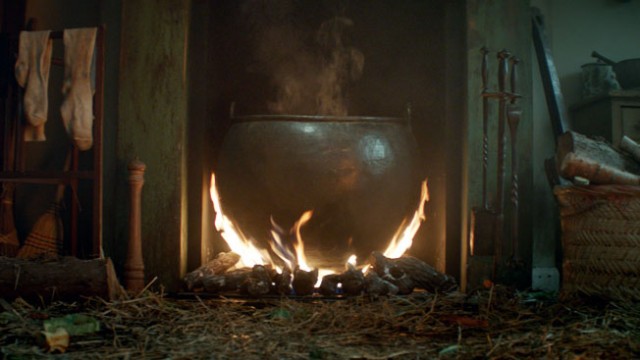 How was it possible to go through the hot water ordeal unharmed? This ‘God’s judgment’ was often used also because a number of people was able to survive the ordeal with no harm.

If everyone was found to be guilty, then no one would have wanted to undergo this trial by ordeal.

Voltaire thought that, before the ordeal, some accused could rub over their skin a mix of oil of vitriol, alum, and juiced onion.

More recent studies, however, proved that such a mixture would have not prevented the skin from scalding.

How was it possible, then, that some people did not get any wounds from this ordeal? The most reasonable answer could be that some priest – moved to pity or, more realistically, corrupted – tampered with the equipment used for the ordeal.

The accused of heresy could undergo not only the hot water ordeal, but also the cold water ordeal.